Fuel Subsidy: We Are Open For Dialogue, Says Ayuba Wabba

The leadership of the Senate led by Senate President, Dr. Abubakar Bukola Saraki, on Thursday waded into the ongoing disagreement between the Nigeria Labour Congress (NLC) and the Federal Government over the recent deregulation of fuel price in the country. 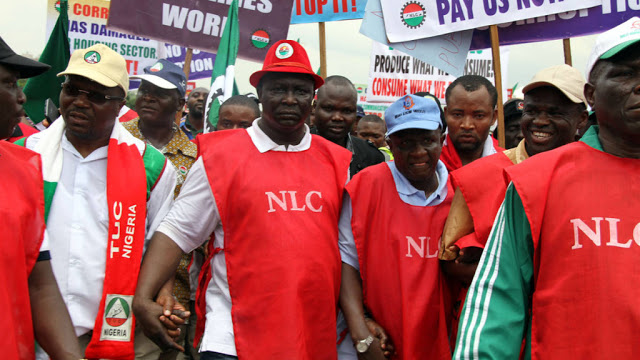 Saraki told reporters after the meeting that the industrial action embarked upon by the NLC and some of its affiliate Unions over the increment in the price of the Premium Motor Spirit (PMS) will soon be resolved in the interest of the people.

He said the Senate would ensure that the window of dialogue is kept open towards quick and smooth resolution of the disagreement while also expressing confidence over the commitment of the Labour leaders towards resuming dialogue and negotiation with the government. he added that the National Assembly will not leave any stone unturned to facilitate quick resolution so as to address the issue once and for all.

The Senate President who enjoined workers across the country to remain calm and law abiding said, “I want to give a word of encouragement to Nigerians that I am confident that our efforts here in the National Assembly will go a long way to resolve this issue once and for all.

“I am happy to report that the NLC has shown their commitment to continue to dialogue with the Federal Government and our role is to see that we can facilitate that. We shall continue with the dialogue and we will surely address the issue. I am sure that when the Labour leaders leave here, they are going to meet with their members and other stakeholders on the way forward.

“We in the Senate will continue to play our role in facilitating and ensuring that we can find a lasting solution and to reduce the hardship of the present economic realities on the masses and at the end of the day, I believe that we will all act in the interest of the people,” Saraki said.

Earlier, the NLC President, Comrade Ayuba Wabba commended the Senate President and his colleagues for their quick intervention and for inviting the Labour Union to get first hand information on the Labour’s engagement with the Federal Government. He added that labour was ready to return to negotiating table with the government.

He lamented that while negotiations were still ongoing concerning the increase in electricity tariff, the government went further to increase the price of the PMS from N86.50 to N145.

Wabba denied media reports that the Labour leaders had walked out on the Government during their meeting aimed at averting the strike. He said : “We told the Senate President that at no point has Labour leaders walked out on government. The facts and the issues presented and the position of government were made known to us and we did not actually agree.

“The government during the dialogue requested that we should excuse them. We have not at any point walked out on government. We will continue to dialogue because we are doing this in the best interest of the working class and a larger majority of Nigeria citizens”, Waba said.