President Buhari Foreign Visit Is A Goodwill For Nigerians – Onyeama

The Minister of Foreign Affairs, Mr Jeffrey Onyeama, on Thursday said that President Muhammadu Buhari’s visits abroad were to strengthen Nigeria’s goodwill with the governments of other countries. 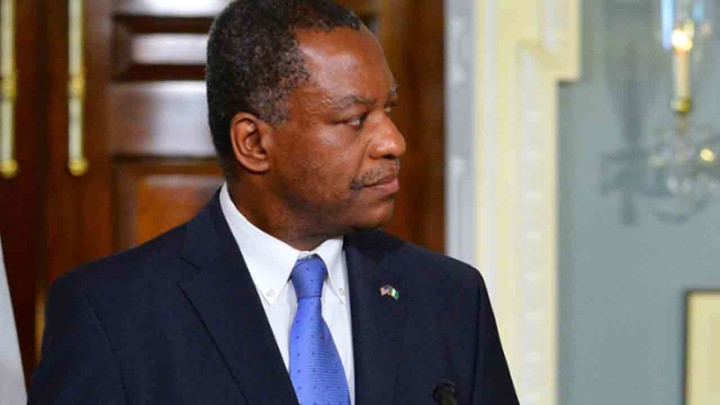 Onyeama, who made the clarification in Lagos during his first official visit to the Nigerian Institute of International Affairs(NIIA),described President Muhammadu Buhari as a ‘Change Patriarch’, committed to building goodwill for Nigeria abroad.

The President has so far been able to generate much goodwill for Nigeria among other world leaders through his visits.

Nigeria, therefore, have to begin to leverage on the goodwill currently being enjoyed by the President in engaging with foreign partners, to the benefit of our country.

We have to have very good and well-thought out strategies in engaging with the outside world. And this is what the President has been trying to do with his visits,’’ he said.

The minister, who said that his ministry was working at the possibility of leveraging on the country’s comparative advantage, said that Nigeria was also working on promoting export trade and foreign
investment.

He also announced the present administration’s plan to “really leverage” on the presence of Nigeria’s 119 Missions and Embassies abroad in creating market access to Nigerians.

Onyeama also disclosed government’s plan to actively engage Nigerians in the Diaspora in marketing themselves, as well as being Ambassadors for their countries in the 119 countries.

The minister also said that his ministry was looking at possible ways of getting linkages with organizations like the African Union(AU), the Economic Community of West African States(ECOWAS) and other regional organization.

Onyeama commended the newly-appointed Director-General of the NIIA, Prof. Bukar Bukarambe, for still sustaining the ideals of the founding fathers of the institute.

He said that the institute needed to be equipped for the achievement of its objective of helping government in its foreign policy formulation and implementation.

The minister also urged the NIIA, as a think-tank for the nation’s foreign policy, to always be in the front line of Nigeria’s engagement with foreigners

NIIA’s director-general, Prof. Bukar Bukarambe, commended the minister for his interest and commitment to the realization of the institute’s objectives.

Bukarambe said that the minister had always displayed readiness to work with the institute in the development of the nation’s foreign policy.