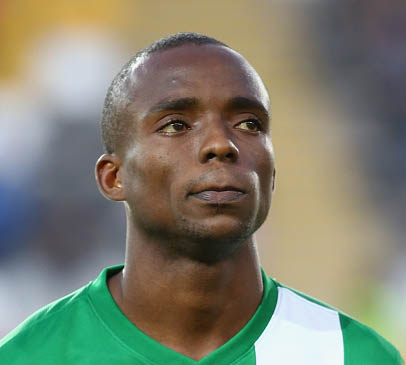 Nigeria Flying Eagles began their journey to the CAF U-20 Africa Cup of Nations , Zambia 2017 on a bright note Saturday in Bujumbura with a lone goal victory over Burundi.

Agor Chukwudi’s 60th minute strike gave the Eagles the edge in the Second Round first leg meeting ahead of the return encounter in three weeks as the race for the 20th edition in Zambia next year gathers momentum.

The Nigerian lads took off like a house on fire piling the pressure on the opposition defence and missed a great chance in the second minute as Kingsley Micheal failed to finish off a fine layoff from Victor Osimhen.

In the 25 minute Samuel Chukwueze came close with a looping header while skipper Kelechi Nwakali fired narrowly wide from outside the box in the 30th minute. The Burundians were physically big and intimidating, they almost scored their opener in the 17th minute but watched as their best effort came off the cross bar before Akpan Udoh in goal for Nigeria parried it away

The first half ended goalless but not without the tension and apprehension. The second half belonged to the Flying Eagles.

Kelechi Nwakali and Samuel Chukwueze suddenly came to the party with some neat dribbles and runs and their efforts finally paid off in the 68th minute as Chukwudi Agor sold a dummy before unleashing a grounder from the edge of the box that sailed into the opponents net for Nigeria first and only goal of the match. The scoreline stood that way at full-time and gave the few Nigerians present at the stadium cause to celebrate. 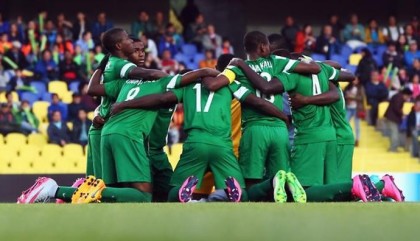 Flying Eagles Coach Emmanuel Amuneke admitted after the game that he was impressed with the performance of the boys and praised the opponent for giving Nigeria a good test. He says it’s not yet Uhuru for his team as the Burundians have a team good enough to cause an upset in Calabar when both teams meet on the weekend of June 10-12.

Victory for Nigeria in the return fixture will mean the Flying Eagles will take on Sudan in the third and final leg of the qualifiers in July. The delegation is expected back on Monday.