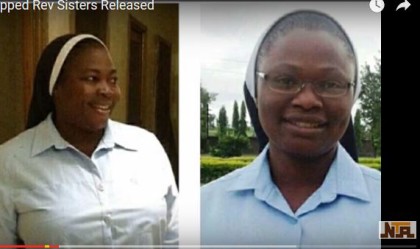 The Ondo state commissioner of Police, Hilda Ibifuro –Harrison made this known in Akure said that the Catholic Rev. Sis were released alongside with their driver and thank all the clergy and faithful who prayed for them while in wrong custody. She also appreciated those who provided relevant information to the police.

Report stated that the victims spent eleven days in the kidnappers camp.