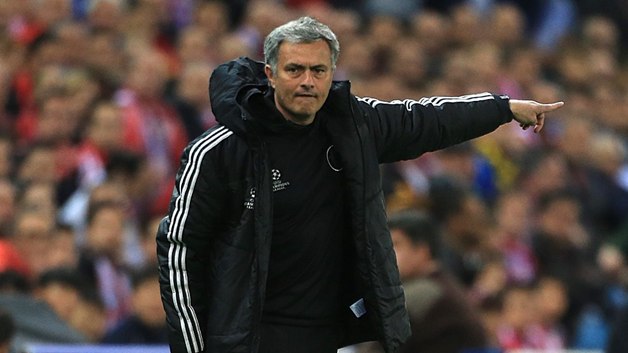 The self-styled “Special One”, Mourinho was sacked by Chelsea in December, ending his second spell in charge of the London club. He has also managed Porto, Inter Milan and Real Madrid.

He is regarded by a number of players, coaches, and commentators as one of the greatest and most successful managers in the world. In 2015 Mourinho was named the best Portuguese coach of the century by the Portuguese Football Federation (FPF). Mourinho began his involvement in professional football as a player in the Portuguese Second Division. He studied sports science in Technical University of Lisbon and attended coaching courses in Britain. In Lisbon, he worked as a physical education teacher and had spells working as a youth team coach, a scout, and an assistant manager. In the early 1990s, he became an interpreter for Sir Bobby Robson at Sporting CP and Porto in Portugal, and Barcelona in Spain. He remained at the Catalonian club working with Robson’s successor Louis van Gaal.

When I go to the press conference before the game, in my mind the game has already started.

I think the best place to work in football is England.

Mourinho impressed with brief but successful managerial periods at Benfica and União de Leiria, taking the latter to their highest ever league finish. He returned to Porto in early 2002 as head coach, winning the Primeira Liga, Taça de Portugal, and UEFA Cup in 2003. In the next season, Mourinho guided the team to victory in the Supertaça Cândido de Oliveira, to the top of the league for a second time, and won the highest honour in European club football, the UEFA Champions League. Mourinho moved to Chelsea the following year and won the Premier League title with a record 95 points, the club’s first league title in 50 years, and the League Cup in his first season. In his second year, Chelsea retained the Premier League and in 2006–07 he took the club to an FA Cup and League Cup double. Mourinho left Chelsea in September 2007, amidst reports of a rift with club owner Roman Abramovich.

No one knows if he will or can transform the Man United, but we all Chelsea Fans have our fingers cross.
Let us know your views if you think Jose Mourinho can transform Man Utd.