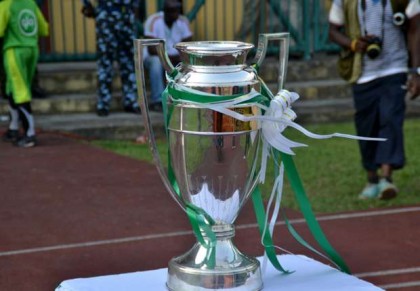 Abuja, May 25, 2016 (NAN) Following are the results of Round of 64 matches in the 2016 Federation Cup competition, played on Wednesday:

While at Bauchi, Jigawa Golden Stars had a walk over Gashaka buffaloes.

At Ijebu Ode, the match between ABS FC and Yenagoa City FC was disrupted by rain. The game is now shedulled to be played on Thursday 26th May 2018.

And at Jos, the match between Akure City FC and Rangers International will now be played on Friday 27th May 2016 in Abuja.

In Kaduna, Katsina United had a walk over Lokoja FC.