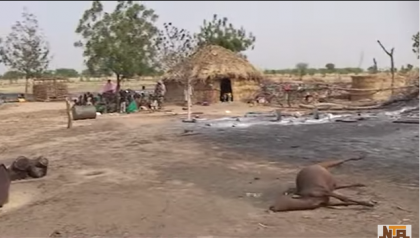 Few days after the return of displaced Emirs who have spent about two years in Maiduguri due to Boko Haram insurgence, believing that the fights are almost over and peace restored, the Boko Haram Sect are proving otherwise.