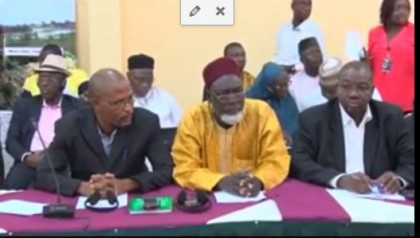 Meeting of the Technical Committee of Experts on the platform of the Niger Basin Authority has commenced in Abuja. Minister of Water Resources, Suleiman Adamu declared open the meeting preparatory to the extra-ordinary session of the Council of Ministers.

Heads of State and Government of the 9 member states of Niger Basin Authority earlier this year in Cotonou Benin Republic adopted the NBA strategic and 2016-2024 operational plan.

This plan seeks to improve the lives of the over 130 million people who depend on the Niger Basin for their livelihood and survival. That survival has been under threat due to the climate change. In addressing the vulnerability of the Niger Basin to climate risks, the body had developed an investment plan for the strengthening of resilience to climate change in the area.

How to integrate this plan in the mandate of the authority will be part of the issues before the experts as Nigeria’s water resources minister and chairman, NBA Council of Ministers, Suleiman Adamu declares open the meeting.

The meeting will also speak to the issue of inadequate finances affecting the body. The report of the technical committee of experts will be forwarded to the Council of Ministers which meets next week also in Abuja.