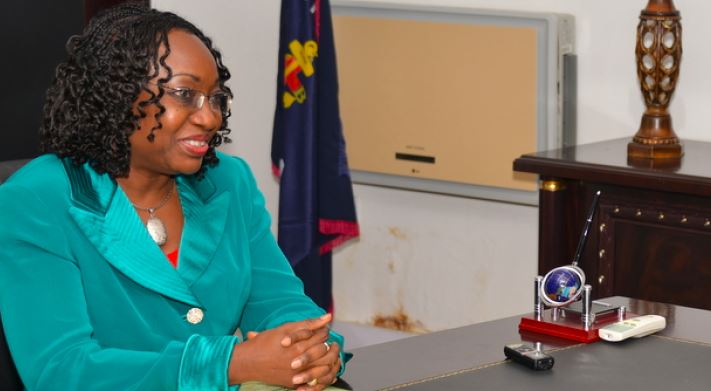 The Head of the Civil Service of the Federation, Mrs. Winifred Oyo-Ita today, called on Federal Public Servants in the country to always adopt the right attitude in trying to resolve issues rather than resorting to self help or public protest in the face of prevailing challenges.

Mrs. Oyo-Ita made the call today in her office in Abuja in a re-action to the public agitation by workers lead by their union leaders in the Federal Ministry of Health seeking for the redeployment of the Permanent Secretary.

She said that the present administration has the workers in mind and that is why her office has constituted a joint committee comprising both the union leaders in the ministry and other government officials to see how best the issue could be resolved. She wondered why the workers and their union leaders could not give the committee the opportunity to complete its assignment.

The Head of Service said further that President Muhammadu Buhari’s administration is committed to the rebuilding the country and enhancing social development and this can only be possible if workers display the highest level of discipline, loyalty and commitment to their official responsibilities rather than resorting to public agitations on minor issues that can best be resolved administratively.

NEWER POSTDelta Lawmakers Pass vote of Confidence on Okowa, Igbuya, Others
OLDER POSTBorno to now have 260 University students in Sudan … As Shettima seals deal for another 100 slots at Int’l University of Africa