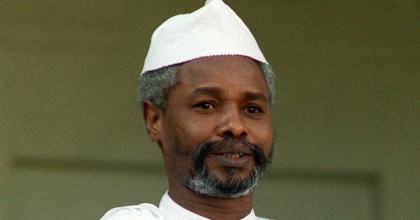 Sadiya Hamza NAN recalls that Habre was also convicted of charges of murder, torture, rape, and sexual slavery and sentenced to life in prison.

John Kerry U.S. Secretary of State, in a statement by State Department in New York, said the ruling was a landmark in the global fight against impunity for atrocities.

Beginning in 1982, Habre’s eight-year term as the president of Chad is marked by large-scale systematic violations.

It added that without the persistence of his accusers and their demand for justice, Habre might never have faced a court of law.

Mr. Kerry said, “I especially commend the courage of the nearly 100 victims who testified.”

“I hope the truths uncovered through a fair and impartial trial will bring some measure of peace to his thousands of victims and their families.” John Kerry said.

“As a country committed to the respect for human rights and the pursuit of justice, this is also an opportunity for the U.S. to reflect on, and learn from, our own connection with past events in Chad.

“I strongly commend the Senegalese Government, the Chadian Government and the African Union for creating the CAE that allowed for a fair and balanced trial.

“Let this be a message to other perpetrators of mass atrocities, even those at the highest levels.

“And including former heads of state, that such actions will not be tolerated and they will be brought to justice”, it said.

Special court in Senegal sentenced Habre to life in prison after convicting him of crimes against humanity, torture and sexual slavery.

The verdict on Monday brings to an end a 16-year battle by victims and rights campaigners to bring the former leader to justice in Senegal.
He fled after being toppled in a 1990 coup in the central African nation.

In a judgment, Gberdao Kam, President of CAE court, said: “Hissene Habre, this court finds you guilty of crimes against humanity, rape, forced slavery, and kidnapping, as well as war crimes.

“The court condemns you to life in prison.”

Gberdao gave Habre 15 days to appeal against the sentence.

Habre’s case was heard by the Extraordinary African Chambers in Senegal’s capital, Dakar, a special criminal court set up by the African Union within the West African nation’s court system.