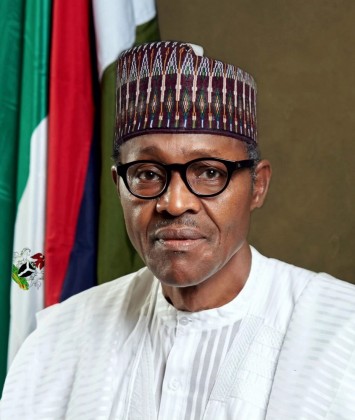 Maiduguri, May 29, 2016 Some residents of Borno on Sunday expressed their satisfaction over President Muhammadu Buhari’s ample political will to end all forms of arms insurgency in the country.

A cross section of the residents who listened to the President’s Democracy Day nationwide broadcast, told the News Agency of Nigeria in Maiduguri that they have noticed improvement in the fight against Boko Haram insurgency.
Malam Muhammad Babagana, a resident, said indeed one year of Buhari’s government has recorded remarkable improvement in security and fight against corruption.

“The President has also performed well in a bid to regaining our national image in the eyes of the world.

“Yes, the ordinary Nigerian is yet to notice true change as promised by the government, but this was born out of the massive looting and corruption by the former administration.”

“But even at that this government should focus on polices that would cure hardship and suffering of ordinary Nigerians with immediate effect,’’ said Babagana.”

Another resident, Mr Asiwaju Abiodun, said “more grease to the elbow of Mr President, though the economic hardship is alarming and the patriotic and intellectual Nigerians understand the numerous factors that caused it.

“Yet we are ready to endure, work and pray along with you to reposition our great country into a better nation. Be as it may, in God we trust,” said Abiodun.”

Malam Bunu Grema, said: “Well, a year is now gone and the clock reset. I would want to assume that the PMB-led APC government have laid a foundation that best fits their goals and mandate and that in the next several months we shall see uncanny fruits of achievements.”

However, Mr Aruwa Isa, said: “I concur with His Excellency’s position and views, and would also make bold to say it takes doggedness and determination to get things right for one to rightly move the state ship forward from the wreck it was left for in May 2015.

“I can categorically tell you that we now sleep with eyes closed, unlike what we experienced some few years back.

“If you remember vividly there was a time in this country when we could not go to our churches, mosques, plazas, viewing centres, and we were constantly warned of going to crowded places, yes it was that bad.”

“Our soldiers were been killed and slaughtered like chicken on a daily basis in the hands of Boko Haram, No thanks to GEJ and Dasuki who diverted monies budgeted for arms.”

“Now Nigeria may not have turned to safe haven under Buhari, but we can now have a sigh of relief as our gallant security agencies are now rejuvenated and ready to take on any group or individual that will want to disrupt our collective peace in the country,” Isa siad.