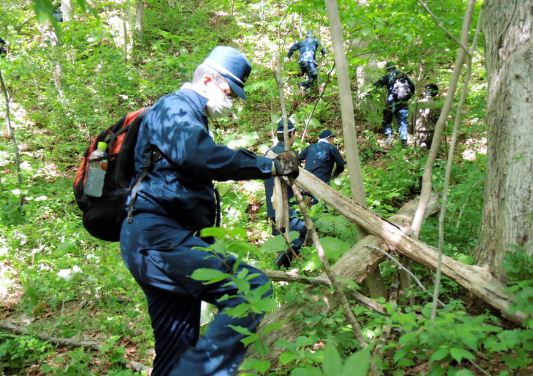 Rescuers in northern Japan have spent a fourth day searching for a seven-year-old Japanese boy who went missing after his parents left him in a forest to teach him some discipline for misbehaving.

At least 130 firefighters and police officers were scouring the woods near Nanae town in Hokkaido looking for Yamato Tanooka, media reported.

However, they later admitted to police they had intentionally left the boy in the forest to discipline him after he threw rocks at people and cars earlier in the day.

Tanooka’s parents said they drove about 500 meters (yards) away and when they returned shortly after, they couldn’t find their son who was last seen in a t-shirt and jeans.

Heavy rain and a lack of clues hampered the search and rescue mission. The 10-hour search for the missing boy was terminated due to thunderstorms on Tuesday.

Rescue official Satoshi Saito said that the crucial 72 hours’ limit for the survival has passed. He said that the outlook could be severe, but added that the search will continue with a hope in mind.

Two hunters also joined in the search. The area near Nanae-cho, Hokkaido, in the country’s north, is known to be home to wild bears.

Some member of the rescue team had earlier thought the found bear droppings. But the hunters concluded that the sign came from smaller animals, Saito said.

Media reported that overnight temperatures in the forest had dropped to seven degrees Celsius (45°F).