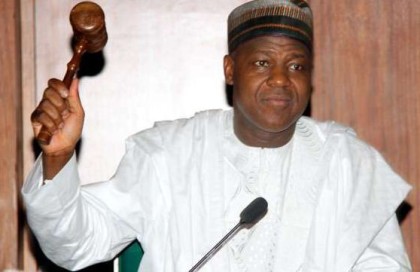 The House of Representatives has resolved to constitute an ad hoc committee to investigate the remote causes of the recent attack by alleged herdsmen on Oke-Ako Community in Ekiti State.

The House during plenary on Wednesday directed the Inspector-General of Police, Mr Solomon Arase to deploy police personnel to the affected areas to avert likely reprisal attacks.

These resolutions by the House followed a motion of urgent public importance entitled; “the fatal invasion of Oke Ako Ekiti community by suspected herdsmen” sponsored by Rep. Emmanuel Agboola (Ekiti-PDP).

Moving the motion, the lawmaker said that the attacks if not curbed, would lead to reprisal attacks and imminent guerilla warfare.

Agboola expressed concern that the ‘back to farm’ slogan of the current administration to diversify the economy may not see the light of day, as farms were being destroyed by “uncoordinated grazing” in the country.

“Lives are randomly lost in these incessant attacks and sometimes in a dimension that is similar to genocide, just like the one at Oke Ako in Ekiti state.

“Certain states have already taken steps to stem the tide in a manner that suggests that the Federal Government is seemingly insensitive to this very worrisome development,’’ the lawmaker said.

The House unanimously adopted the motion after it was put to a voice vote.

The Speaker, Yakubu Dogara also urged the Police Service Commission to hasten the process of recruitment of more personnel into the force.

The ad hoc committee is to report its findings back to the House within six weeks for further legislative input. (NAN)