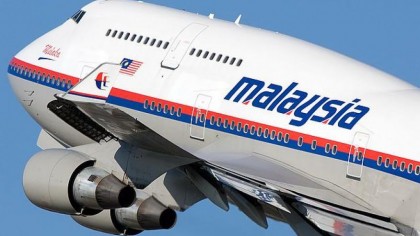 The families of six crew members on a Malaysia Airlines passenger jet shot down over Ukraine nearly two years ago filed lawsuits against the airline on Thursday, accusing it of negligence and breach of contract.

Malaysia Airlines Flight 17 was flying from Amsterdam to Kuala Lumpur when it was hit by a surface-to-air missile on July 17, 2014, killing all 298 people on board at the height of fighting in the Ukraine conflict.

Thomas Philip, the lawyer for the families, said the airline failed to conduct an adequate risk assessment and charted a course through a known conflict zone, posing an unreasonable risk to those on board.

He said the airline also was guilty of breach of contract for failing to ensure the safety and wellbeing of the flight crew.

“They failed to fulfill these duties, resulting in catastrophic loss of life,” he said.

The families are seeking general damages for loss of support and services, damages for pain, suffering and stress, among others, Philip said.

One of the relatives, Chong Seng See, said his sister, flight stewardess Chong Yee Pheng, worked for the airline for more than 18 years.

“The families of all the victims of MH17 deserve to be treated with humanity, compassion and respect. I hope (the airline) will do right by them,” he said in a statement.

A Dutch investigation determined last year that the aircraft was shot down by a Russian-made missile fired from pro-Russia rebel territory, but did not say who fired it.

Families of seven passengers from Australia, New Zealand and Malaysia sued Russia and its president, Vladimir Putin, last month over their alleged involvement in the incident. They filed the lawsuits in the European Court of Human Rights seeking damages of $10 million per passenger.