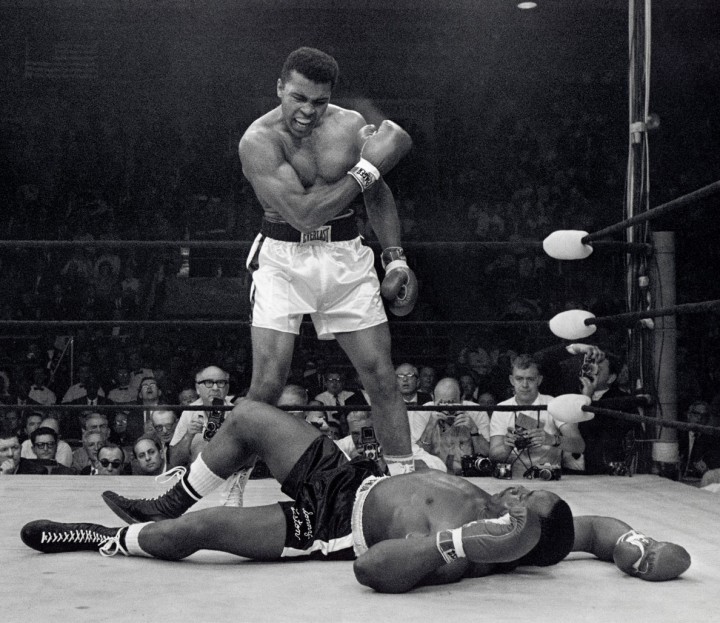 Muhammad Ali born Cassius Marcellus Clay, Jr., January 17, 1942 – June 3, 2016) was an American professional boxer, generally considered the greatest heavyweight in the history of the sport. Early in his career, Ali was known for being an inspiring, controversial and polarizing figure both inside and outside the boxing ring.He is one of the most recognized sports figures of the past 100 years, crowned “Sportsman of the Century” by Sports Illustrated and “Sports Personality of the Century” by the BBC. He also wrote several best-selling books about his career, including The Greatest: My Own Story and The Soul of a Butterfly.

He who is not courageous enough to take risks will accomplish nothing in life.

Ali, originally known as Cassius Clay, began training at 12 years old and at the age of 22 won the world heavyweight championship in 1964 from Sonny Liston in a stunning upset. Shortly after that bout, Ali joined the Nation of Islam and changed his name. He converted to Sunni Islam in 1975, and 30 years later began adhering to Sufism.

In 1967, three years after winning the heavyweight title, Ali refused to be conscripted into the U.S. military, citing his religious beliefs and opposition to American involvement in the Vietnam War. He was eventually arrested and found guilty on draft evasion charges and stripped of his boxing title. He did not fight again for nearly four years—losing a time of peak performance in an athlete’s career. Ali’s appeal worked its way up to the U.S. Supreme Court where, in 1971, his conviction was overturned. Ali’s actions as a conscientious objector to the war made him an icon for the larger counterculture generation. 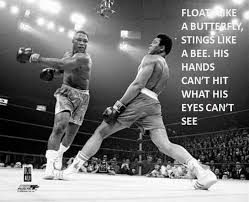 Ali remains the only three-time lineal world heavyweight champion; he won the title in 1964, 1974, and 1978. Between February 25, 1964 and September 19, 1964 Muhammad Ali reigned as the undisputed heavyweight boxing champion.

Nicknamed “The Greatest”, Ali was involved in several historic boxing matches. Notable among these were the first Liston fight, three with rival Joe Frazier, and “The Rumble in the Jungle” with George Foreman, in which he regained titles he had been stripped of seven years earlier.

God came for his champion. So long great one. @MuhammadAli #TheGreatest #RIP pic.twitter.com/jhXyqOuabi

At a time when most fighters let their managers do the talking, Ali, inspired by professional wrestler “Gorgeous” George Wagner, thrived in—and indeed craved—the spotlight, where he was often provocative and outlandish. He controlled most press conferences and interviews, and spoke freely about issues unrelated to boxing. Ali transformed the role and image of the African American athlete in America by his embrace of racial pride and his willingness to antagonize the white establishment in doing so. In the words of writer Joyce Carol Oates, he was one of the few athletes in any sport to “define the terms of his public reputation”.