Police TV Series “Beyond Your Sight” Premieres On June 7 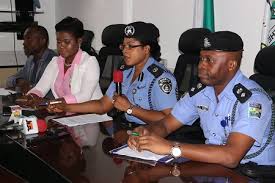 The Nigeria Police Force Television Series titled, “Beyond Your Sight’’, sets to premiere on June 7 in Abuja.

In furtherance of the Inspector-General of Police, Solomon Arase’s policing vision woven around bridging the gap between the Police and its public in the most sociable manner with broad spectrum of Nigerians, the premiere of the first exclusive Nigeria Police TV series titled beyond your sight is to be presented to the public on the 7th of this month.

Narration/the TV Series, “beyond your sight”, according to ACP Kolawole, documents , serialises and disseminates landmark operational, intelligence, investigative and prosecutorial exploits of the Nigeria Police Force .

It aims at bringing to the fore the concerted efforts of the force at preventing and unraveling crime while at the same time educate, sensitize and enlighten members of the public about their safety and security.

She adds that the drama series will be broadcast on different television stations across the nation after the premiere.

The force public relations officer further says that the Inspector-General of Police, Solomon Arase invites friends of the force and indeed all Nigerians to share the vision of the new Nigeria Police with the force leadership by supporting the initiative through sponsorship deals.