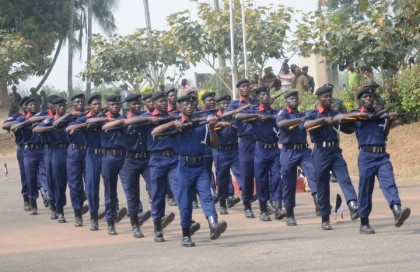 The Nasarawa State Command of Nigeria Security and Civil Defence Corps (NSCDC) has arrested a herdsman, who allegedly stabbed a farmer to death following argument over invasion of a farm.

Lawan Bashir-Kano, the state Commandant of NSCDC, who made the disclosure in Lafia on Tuesday, said that the suspect on June 1 stabbed Nasiru Mohammed to death in his farm.

Mr. Bashir-Kano explained that the herdsman’s cattle had strayed into Mr. Mohammed’s farm at Angwan Arimi in Bassa Village in Kokona Local Government Area of the state and destroyed farm crops.

He said on seeing the level of devastation, Mr. Mohammed attempted to alert the villagers but was hounded and stabbed severally by the herdsman as a result which he died.

He said the command in collaboration with the vigilante group in the area, acting on a tip-off, was able to arrest the suspect on June 3.

He said the suspect confessed to the crime and would be handed over to the police for further investigation and prosecution.

He said the family of the deceased had buried him according to tradition.

The commandant urged members of the public to always ensure prompt report of criminal cases to law enforcement agencies.