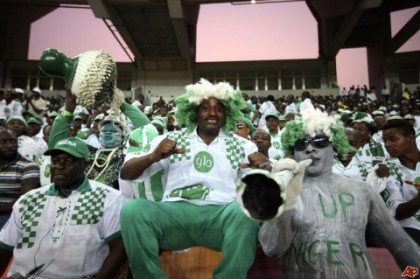 Keshi, a former Captain the Super Eagles, died in the early hours of Wednesday in Benin during a brief illness.

Oladipo told the News Agency of Nigeria (NAN) in Lagos on Wednesday that naming a stadium after Keshi would serve as a “befitting honour for the player who won the Nations Cup for Nigeria as a captain and as a coach.

“Keshi achieved the same feat as Clement Westerhoff who won the Nations Cup for the first time for Nigeria as the Super Eagles Coach
in 1994 in Tunisia.

“Keshi as the Super Eagles Captain in 1994 recorded another glorious feat for Nigeria, winning the Nations Cup for Nigeria as coach in South Africa in 2013,’’ he said.

The president-general, who said he did not want to sound political for mentioning the stadium to be named after Keshi, said that the gesture would immortalise him.

Oladipo who is also the President-General, African Football and Other Sports Supporters Club (AFOSSU), added that naming a stadium after Keshi would be a morale booster for other Nigerian coaches.

“Imagine, he just lost his wife, Kate last year December and suddenly, he too died without any sign of ailment. His untimely death is shocking.

“When I heard of his death, it baffled me because he showed no sign of any sickness. Nobody knows or heard that he was sick.

Meanwhile, Chris Giwa, the proprietor of Giwa FC of Jos, has joined other Nigerians in mourning Keshi.

“When I heard the news, I thought it was a stupid joke, when it was confirmed, I was alarmed; May God give the family the fortitude to bear the loss,’’ Giwa said.

NAN reports that Keshi had his appointment terminated by the Nigeria Football Federation (NFF) as Head Coach sometime last year due to the lingering crises rocking the federation. (NAN)