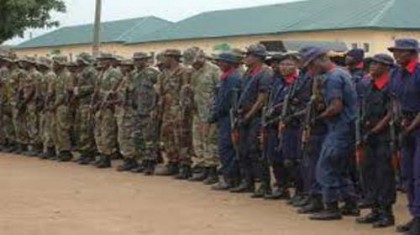 Danwalis, who spoke with reporters shortly after the monthly inter-security agency route march in Abeokuta, the Ogun State capital, said only proper synergy would rid the country of insecurity that threatens its peace and unity.

The brigade commander said the military had stepped up its involvement in improving internal security in the state.

According to him, the army have been helping to apprehend illegal immigrants and unauthorized aliens across the state towards reducing crime rate.