The World Health Organisation (WHO) has said that a new case of yellow fever had been detected in Kinshasa, Democratic Republic of Congo. 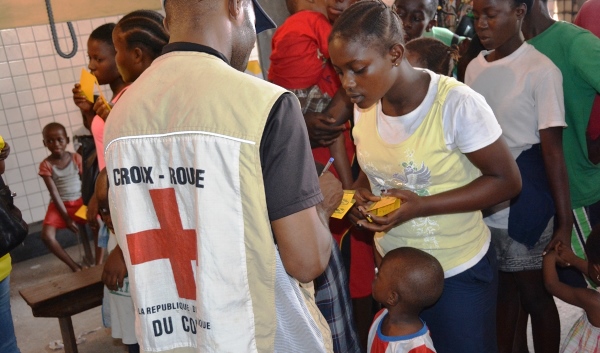 This is was disclosed in a statement released by the organisation in Kinshasa on Thursday.

It said that the case was confirmed on Wednesday after a test by the Pasteur Institute in Dakar and the National Institute of Biomedical Research.

It can be recalled that the WHO said that as at 2 June 2016, a total of 1 947 567 people have been vaccinated against Yellow Fever in the provinces of Kinshasa and Kongo Central.

It said the vaccination campaign began on 26 May 2016.

According to the organisation, many people have rushed to get vaccinated including many people from districts that were not targetted for vaccination.

It said that this is good news because it means people understand the importance of vaccination.

The WHO However raised concerns that despite its concerted efforts and its partners and manufacturers, global vaccine stocks remain low.

It said that local partners like the Red Cross in the DRC are supporting the campaign.

“Here a Red Cross volunteer verifies the vaccination cards of the those wanting to get vaccinated to make sure that they have not been vaccinated before.

“Almost 2000 vaccinators have been mobilized in about 987 vaccination sites (647 in in Kongo Central and 331 in Kinshasa province), together with support from the provincial authorities, WHO, UNICEF, Save the Children and the GAVI Alliance.” WHO said.

It said that the case originated from a local mosquito and therefore, was not an imported case from neighbouring Angola.