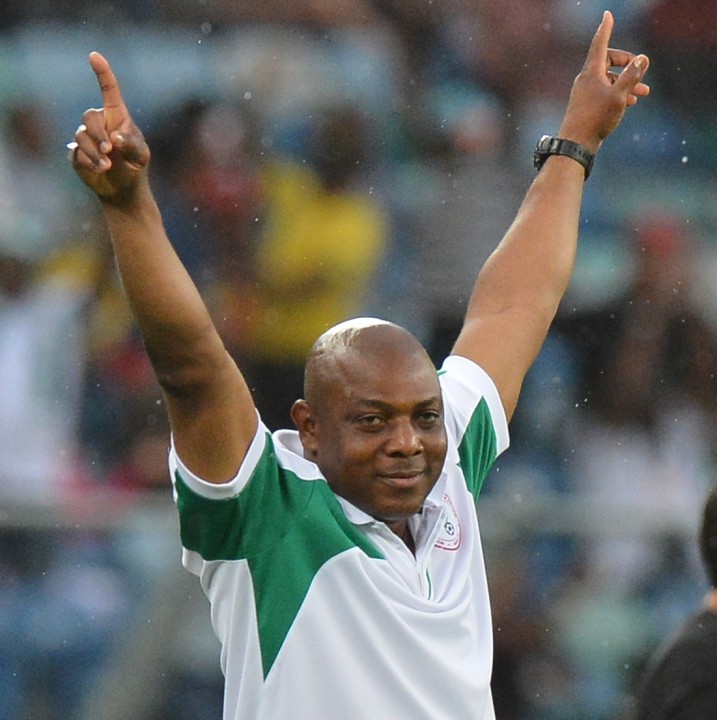 Few hours after the official confirmation of the death of Stephen Keshi, CAF President, Issa Hayatou has offered his condolences to the president of the Nigeria Football Federation.

Hayatou expressed his “dismay” and “immense sadness” following the sudden death of the man, who was a twice winner of the Africa Cup of Nations with Nigeria; in 1994 as captain and in 2013 as a coach, with the latter earning him the distinction of Coach of the Year at the Glo-CAF Awards.

In a correspondence, the CAF President also paid glowing tribute to the deceased, who goes down into history as the only African coach to have qualified two African teams to the World Cup – Togo in 2006 and Nigeria in 2014.

His other enviable record is being the only African trainer to have steered a team to the Second Round of the FIFA World Cup, with Nigeria at the 2014 FIFA World Cup in Brazil.

He had achieved the same feat as a player with the Super Eagles at their maiden participation at the Mundial in 1994 in USA. 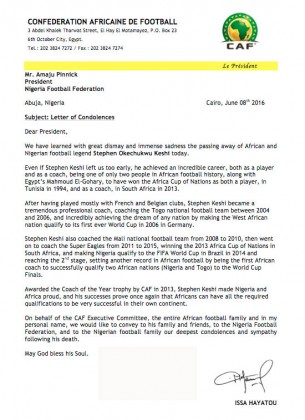 The CAF President conveyed the condolences on his own behalf, the CAF Executive Committee and African football family on the demise of Keshi, who was a jewel to his family, friends and the Nigerian football family, who are badly affected.