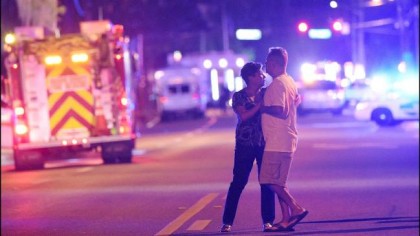 A young man entered in to a gay nightclub in Orlando in the United States of America and start firing at clubbers indiscriminately.

Officials of Orlando said on Sunday morning that a lone shooter, who was armed with an assault type rifle and a handgun died in a shootout with the police force at the Pulse nightclub.

Orlando Police said officers entered the Pulse Club about three hours after the shooting unfolded and killed the gunman, who had taken hostages.

Orlando Police chief John Mina said this is “one of the worst tragedies we have seen”, adding that police officers “were shaken by what they have seen inside the club.”

“Our Swat officers exchanged gunfire with the suspect, the suspect is dead,” he said. 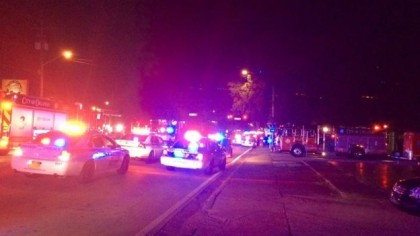 “He appeared to be carrying an assault-type rifle and a handgun, and had some type of device on him.”
The shooting unfolded at Pulse, described on its website as the “hottest gay bar in Orlando.” Witnesses said they heard at least 40 shots fired inside the club. At 5 a.m. authorities used an explosive device to distract the gunman, then authorities plowed through the club with a vehicle.

An FBI spokesman said “we are investigating whether the attacker was a “lone wolf”. He said the attacker appeared to “have leanings towards” radical Isis but it was not yet clear whether this was a case of domestic or international terrorism.” 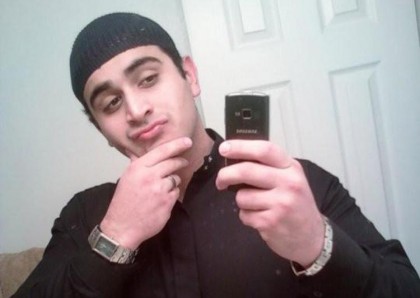 Authrities sources said the gunman has been identified as Omar Mateen, a U.S. citizen from Port St. Lucie, southeast of Orlando. Mateen was born in 1986 to Afghan parents. Omar was believed to have “leanings toward radical Isis.”

Omar is believed to have active security officer and firearm licenses, according to records. Records also shows he was married in Port St. Lucie in 2009.