Eulogies Pour In For Amodu Shuaibu From All Over The World 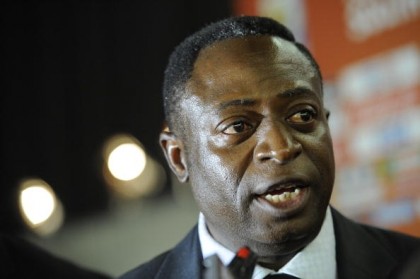 NAN, Lagos: Nigeria and Africa thrown into mourning with the death early on SaturdayS of a four-time former Super Eagles Coach, Shuaibu Amodu.

Amodu, 58, who until his death was the Nigerian Football Federation (NFF) Technical Director from April 2016, reportedly died during a brief illness in Benin.

His death came as the nation is still mourning Stephen Keshi, 54, the country’s football legend, who died early on Wednesday in Benin too.

Amodu coached the Eagles several times; qualifying the national team twice for the World Cup in 2002 and 2010 but was not allowed to manage the national team at both World Cups.
The coach also led BCC Lions to win the 1989 FA Cup, breaking a long time jinx of northern clubs’ inability to win the trophy.
The following year, he led the club to win the Africa Cup Winners.

Reacting to Amodu’s demise, ex-international, Segun Odegbami, said that such death in quick succession was a shock and had negative implications.

“It is sad to be hearing the news of things happening in this manner; I think something really needs to be done, and something we need to know.

“I think the people put in charge of sports don’t know anything about it. They don’t understand the pressure under which the real sportsmen work.”

“The players and coaches are dying slowly by the nature of their profession but those at the helm of administration do not seem to know.”

“We have so many of them on their sick bed with no help going to them,” he told the News Agency of Nigeria (NAN) in Lagos on Saturday.

Odegbami urged the Federal Government to do something urgently about the welfare of sportsmen.

Adegboye Onigbinde, who had also coached the senior national team, said: “I’m confused and sad; these are young active men dying in their primes, it’s so sad.

“I’m frustrated that we are mourning again just few days after the death of Coach Stephen Keshi.”

“This is unpleasant news this morning, a big tragedy to the football sector and the nation in general, it’s really painful.”

“We have yet to get over Keshi’s death and only to wake up to get another sorrowful news about Amodu, I can’t understand what is happening,” he said. 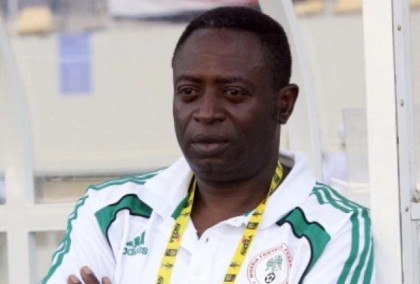 “I think the sad news is becoming alarming and calls for fervent prayers because we cannot continue to lose our football icons just like that,’’ he said.

He disclosed that a condolence register would be opened for fans over Keshi and Amodu’s deaths at the NFSC Secretariat at 10 Mabo Str, Surulere, Lagos.

“It’s a sad development, what is really going on? Sincerely, it is so hard to accept.”

“To lose two of our illustrious sons that gave so much to us in football development in so short a time is shocking.”

“It is indeed very tough to bear, may God be with Amodu’s family and bless the soul of the departed,” Erico said.
Friday Ekpo, a former Super Eagles player, told NAN that Amodu’s death was a double tragedy for the nation.

Ekpo said that the nation had yet to recover from the death of Stephen Keshi which took place a few days ago to face that of Amodu who had mentored many coaches.

“I’m short of words with the sudden demise of Amodu, I remember the experience I had with him when he was my instructor in the CAF Grade B and C coaching course.”
Also, Frank Ilaboya, Chairman, Edo Football Association, told NAN that he found it hard to believe that Amodu was no more.
Ilaboya said there was no earlier notice about his illness and all of a sudden, he got the sad news of his death.

“I find it hard to believe that Amodu is dead; in fact it was the Edo Commissioner that broke the news to me this morning.”

“It’s really devastating and has left me speechless that within four days we have lost two prominent football heroes; I am personally bereaved.

“I pray that God will grant his family the fortitude to bear the loss,” he said.

Manu Garba, a former U-17 Golden Eaglets’ coach, said Amodu’s death was shocking, noting: “We are still in shock over Keshi’s death and we have lost another great coach.”

The coach, who helped the Flying Eagles to win the 2015 African U-20 Championship, said the NFF should honour these dead legends for their efforts in the sport.

“Honestly, I am not a happy man today for we have lost yet another great coach who made his mark.”

“These are trying times for the federation and sports fans all over.”
“I pray that his soul rest peacefully with his maker and grant his family the heart to bear the loss.”

“I want the federation to immortalise these great coaches of our times and put them on high pedestals,” he said.