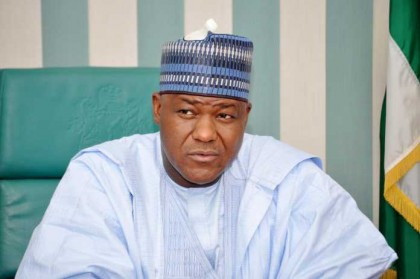 The House of Representatives has summoned Minister of Justice and Attorney-General of the Federation, Abubakar Malami, for explanation on the reduction of fine imposed on MTN Nigeria.

Also to appear with the minister before the lawmakers are his Communications counterpart, Alhaji Adebayo Shittu and the Executive Vice-Chairman, Nigerian Communications Commission (NCC), Prof. Garba Dambatta.

Chairman, House Committee on Communications, Rep. Shaheed Fijabi, issued the order at the committee’s resumed investigation on the alleged SIM infractions by MTN and the fine in Abuja on Monday.

He said that the committee was irked by Federal Government’s decision to conclude negotiations with MTN by reducing the fine from N1.4 trillion to N330 billion.

Fijabi said the decision was a disregard to the committee’s resolution that further negotiations with the mobile communications firm be suspended pending conclusion of its investigative hearing on the matter.

He described the action of the government as “undermining the integrity and independence of the National Assembly’’.

“The two ministers, the Chief Executive Officer of NCC and all other persons involved in the negotiations are to appear before the committee on Monday next week by 10.00 a. m,’’ he said.

Earlier, Permanent Secretary, Ministry of Communications, Mr Sunny Echono, had told the committee that the N330 billion settlement reached with MTN had the approval of the highest office of government.

According to Echono, I am in a position to confirm to this committee that government has approved N330 billion as full and final settlement of fine impose on MTN by NCC.

“This was pursuant to series of procedural and other reviews, including the constitution of inter-ministerial committee under the auspices of the AGF,’’ he said.

He said that the case was in court and that the court directed that the parties should go into negotiation.

The permanent secretary also said that the seeming impasse on the matter, which was credited to the ongoing investigation by the committee, was not correct.

“We were told that the action of the committee was independent of whatever action the executive arm may want to take on it.

“It is the need for finality for the closure of this impasse that has been on for long time and its general impact on the sector that the decision was taken.

“I can confirm that the decision has the blessing of the highest level of government,’’ Echono said. (NAN)