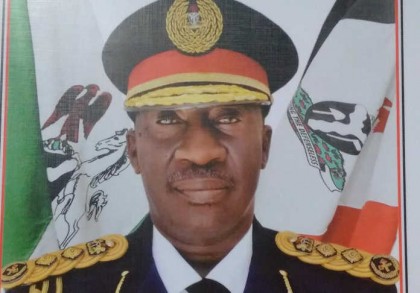 The state Commandant, Nigeria Security and Civil Defence Corps (NSCDC), Mr. Desmond Agu confirmed the Agip bombing and said the corps had started meeting with traditional rulers in various coastal communities as part of methods to resolve the crisis in the state.

He said the meeting began with traditional rulers from communities in Southern Ijaw, a local government with one of the largest concentration of oil activities in the state, adding that the strategy was aimed at directly involving the traditional rulers and youths in the protection of critical national assets within their domains.

Agu said the corps and other security agencies remained resolute and committed in protecting the country’s assets adding that his men were doing their best to protect the state from attackers.

He asked aggrieved youths to stop violence and embrace peace for Niger Delta to attain expected growth and development.

He said: “This is the case of people turning their weapons against themselves. This destruction is having grave impact not just on the economy of the region but also on the environment.

“Any polluted environment takes a long time to recover and become suitable for farming, fishing and other uses. Invariably, these youths are destroying their future and the future of their children. It doesn’t worth it because there are better ways to make demands than self-inflicted injuries”.

Meanwhile, the elders and traditional rulers from the Nine States of the South-South geo-political zones yesterday proffered solutions to stop oil pipeline attacks by new militant groups in the Niger Delta region.

The elders said though the Federal Government have set up negotiating team to discuss the terms of ceasefire, the genuine solutions to stop the new militant groups in the region is to focus on discussing true federalism, equal political participation and fiscal sharing among states rather than discussing mundane issues.

The Elders under the aegis of the Voice of the South-South (VSS) in a statement issued in Yenagoa and signed by its Chairman, Board of Trustee, Engr. Mike Oghiasa, said though past dialogues on issues affecting the Niger Delta have gone down the drain due to misplaced priorities, the new negotiation should focus on issues of true federalism and equal participation in country.

Oghiasa noted that the violent agitation by the new militant groups was triggered by the anger against the lopsided administration of the country. ”Nigeria, as a country, is embedded in hatred, suspicion and inequality. Unless the federating units are allowed to have autonomy, there will continue to be bottled anger.

“The negotiating team should focus on true federalism, equal representation and proper economic sharing of resources. The sharing formula should be arranged along the geo-political system. The system is fool proof and devoid of political under tone. The six zones will have equal opportunities. If Bayelsa with eight local councils is sharing resources with Kano with over 20 local councils, it may trigger inequality.”

The Delta State Commandant of the NSCDC, Beatrice Irabor, who paraded the suspects at the command’s headquarters in Asaba, said they were nabbed in Ndokwa West Local Government Area of the southern Nigeria state.

She said the vandals arrived on speedboats before engaging officers of the NSCDC which led to the injuring of some of the vandals while others escaped through waters.

Items recovered during the operation include gas cylinders, cutters and generators among others.

The NSCDC Commandant said they would be prosecuted.