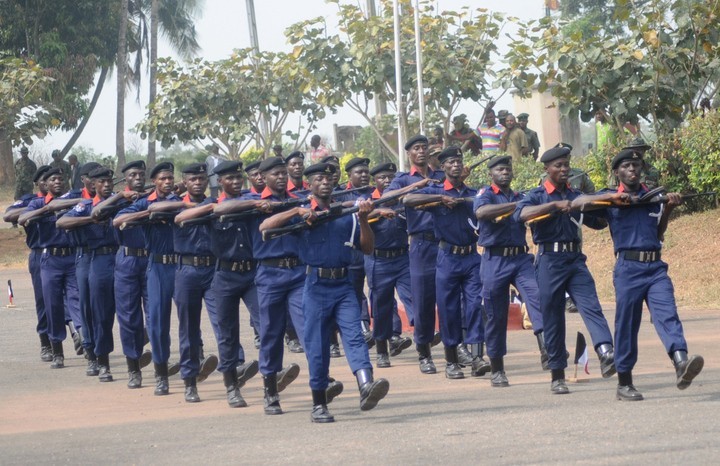 NSCDC(Abuja): Nigeria recorded a major breakthrough in the fight against Boko Haram, at the weekend, with the arrest of a major recruiter for the deadly Islamic Sect.

The recruiter, who was arrested in Borno, also has three sons who are members of Boko Haram.

The Nigeria Security and Civil Defence Corps (NSCDC), which effected the arrest did not disclose his name.

The NSCDC only said, yesterday, it arrested a 56-year-old Boko Haram kingpin in Askira Uba Local Government Area of Borno. State Commandant of NSCDC, Ibrahim Abdullahi said in Maiduguri that the suspect was apprehended at Mussa Village, on June 7.

“Our men have made remarkable progress by arresting a Boko Haram kingpin. “The notorious kingpin was said to be a recruiter as well as supplier of arms and improvised explosive devices (IEDs) to the terrorists.

“He confessed that his three children were also arrowheads of the Boko Haram sect,” Abdullahi said. Abdullahi also disclosed the command had since handed over the suspect to the Nigerian Army for further investigation.

Boko Haram insurgency has caused deaths of over 20,000 people in the North East since 2009.

Recent successes by the military have led to the recovery of territory initially seized by the insurgents in North East.

Theatre commander of operation Lafiya Dole, Major-General Lucky Irabor said the operation of the military troops reduced the capacity of the insurgents, to fight.