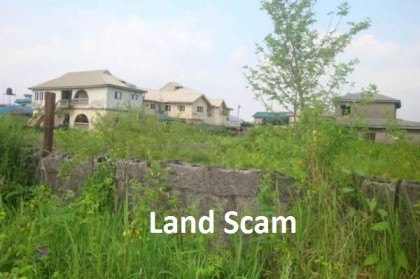 Wilson Uwujaren(Abuja):  The Economic and Financial Crimes Commission, EFCC, on Tuesday, June 14, 2016, arraigned five suspected fraudsters before Justice O.O. Goodluck of the FCT High Court sitting in Maitama, Abuja on an 11-count charge bordering on criminal conspiracy, advance fee fraud, obtaining money by false pretense and impersonation to the tune of N29m.
The suspects –Rita Ukeke, Franklin Ibe, Mamam Mahammed Hamidu, Isei Pius Divine and Yusuf Ibrahim Muhammed – allegedly conspired to forge documents on two properties, which they sold to one Mrs. Ezeani Thankgod Nnamdi .
Count one of the charge reads: ‘‘That you, Rita Ukeke, Franklin Ibe,Mammam Mahammed Hamidu, Isei Pius Divine and Ibrahim Yusuf Muhammed, between January , 2014 and May , 2014 at Abuja within the jurisdiction of this Honourable Court,with the intent to defraud, conspired amongst  yourselves to obtain the total sum of N29,000,000.00 (Twenty-Nine Million Naira)from  Mrs Ezeani Thankgod Nnamdi under the pretence that the money represents part payment for two properties located at House No. 66 Oba Emverem Avenue, Federal Ministry of Works and Housing Estate and House No.39,131 Road,  3rd Avenue, Gwarimpa Abuja which you knew to be false and thereby committed an offence.’’
The accused persons pleaded not guilty to the charges when they were read to them.
In view of their pleas, the prosecution counsel, asked the court for a trial date and prayed that the accused persons be remanded in prison custody.
Consequently, Justice Goodluck ordered that the accused persons be remanded in prison custody.
The case has been adjourned to June 17, 2016 for hearing on bail applications.