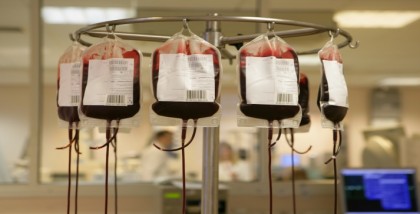 Smith made the disclosure on Tuesday in Abuja in an interview with the News Agency of Nigeria (NAN) during the commemoration of the World Blood Donor Day.

She said that inadequate fund had impeded the operation of the service.

She said the service required five million dollars to ensure steady robust safe blood banks across the country, adding that International donor had supported the service for 10 years.

“The US government had for 10 years under a cooperative Agreement with United States President’s Emergency Plan for AIDS Relief (PEPFAR), supported the NBTS through the Centres for Disease Control and Preventing in ensuring 100 per cent of donor blood collected.

“Although, the US withdrew its donation, the Federal Government had approved 28 million for the organisation to meet the set targets; we are expecting that gradually the funding will increase,’’ Smith said.

The National Coordinator said though the US stopped its funding of NBTS in September 2015; it had continued to supply the needed blood screening kits and consumables,

She promised that the service would continue to improve its blood collection profile.

She said that NBTS achieved about 86 per cent of its set target in 2015, 19 per cent increase above the previous year’s collection.

Also speaking, Mr Donald Ofili, Assistant Director, Medical Laboratory Science Council of Nigeria (MLSCN), said that about 50 per cent of blood donated are collected in high income countries, home to less than 20 per cent of the World population.

“This is the reason this awareness campaign is necessary in order to sensitive Nigerians on the need for voluntary non-remunerated blood donation.

“Regularly voluntary unpaid blood donors are the foundation of safe blood supply because they are associated with low levels of infection that can be transmitted by transfusions, including HIV and hepatitis viruses,’’ Ofili said.

He said that transfusion of blood and blood products help to save millions of lives every year during emergencies such as conflicts, natural disaster and child birth.

Ofili urged the Federal Government to strengthen the nation’s blood banks to meet the requirement for National Accreditation. (NAN)