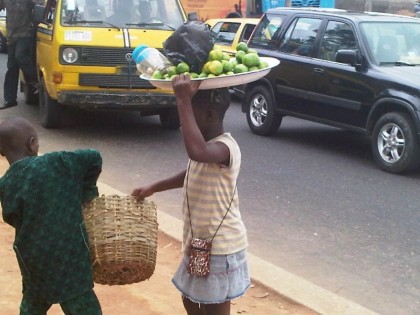 The Federal Government said on Tuesday in Abuja that it was committed to the eradication of all forms of child labour in the country.

This is contained in a statement issued by Dr Clement Illoh, the Permanent Secretary, Federal Ministry of Labour and Employment, and made available to the News Agency of Nigeria (NAN).
Illoh said that contrary to reports in a section of the media, Nigeria was fully represented at the meeting of the International Labour Organization (ILO) Committee on Applications of Standards.
NAN reports that Nigeria was one of the countries invited to appear before the Committee on June 1, concerning the Minimum Age Convention of 1973.
“The representation and defence by Nigeria is contained in the ILO document, dated June 1, 2016 from pages 14 to 23.

“The committee was informed of Nigeria’s effort to ensure that the articles of the ILO Convention No. 138 on Minimum Age for Employment are incorporated in the expected new National Labour Laws. “
Illoh explained that Nigeria also presented to the committee, comprehensive efforts on tackling issues of child labour as contained in the National Child Labour Policy and other documents.
He said that Nigeria was among the first countries in Africa to ratify and implement the ILO Convention on Minimum Age at Work and Worst Forms of Child Labour.
“Also, the Child Rights Act is currently a national law which has been domesticated by a majority of state governments in Nigeria.
“It is pertinent to stress that the Federal Government, through the Federal Ministry of Labour and Employment, remained unwavering in its determination to eradicate any form of child labour in the country, “ Illoh added. (NAN)