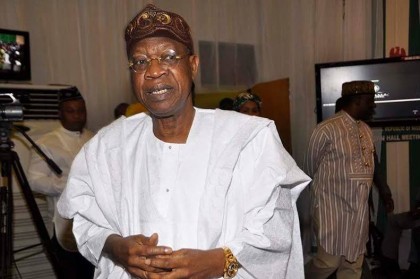 Segun Adeyemi, Uyo: The Minister of Information and Culture, Alhaji Lai Mohammed, announced this in Uyo, Akwa Ibom State, on Monday at the South-South Town Hall Meeting organised by his ministry.

“As contractors are mobilized back to the various road construction projects across the country, construction and ancillary workers are returning to work in droves,” he said

Alhaji Mohammed listed some of the road construction works that have now resumed as including Lagos-Ibadan Expressway, Bode Sadu-Jebba road, Abuja-Lokoja road, Kano-Maiduguri road and the Loko and Oweto bridge linking Nasarawa to Benue.

He said work would soon start on the 2nd Niger Bridge which, he said, is in this year’s budget, adding: ”As more and more road construction works resume in the days ahead, thousands of Nigerians will also be returning to work.”

According to him, the Federal Government is exploring the agricultural sector for massive job creation through the repositioning of the River Basin Development Authorities.

“Still talking about jobs, an agreement has been signed to reposition the River Basin Development Authorities within the next 18-24 months. The agreement between the River Basin Development Authorities and the Songhai Farms of Benin Republic includes the training of unemployed youths in integrated farm practice. This programme is complimentary to the upcoming Youth Agriculture Empowerment Programme being planned by the Federal Ministry of Agriculture and Rural Development,” Alhaji Mohammed said.

The Minister said the Buhari Administration is on track in redeeming its promises to Nigerian, particularly in the three broad campaign areas: Tackling insecurity, fighting corruption and revamping the ‎economy.

The Minister who used the occasion to thank the Governor of Akwa Ibom State, Mr Emannuel Udom, for his hospitality and generosity even though he belongs to a different political platform.

He equally thanked Nigerians for their perseverance and abiding faith in the Buhari Administration and assured that despite the economic challenges due to the crash in oil price, there is indeed light at the end of the tunnel.