18 Lions Caged After Killing 3 In India 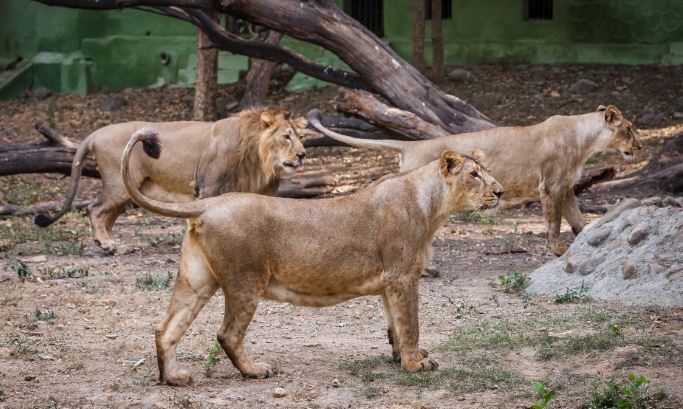 A pride of 18 endangered Asiatic lions that killed three people has been caught and caged in western India, officials said Tuesday.

The lions were rounded up from the Gir sanctuary in Gujarat state following demands by locals.

Three villagers including an 11-year-old boy have been killed by the animals in the past three months.

“We have captured the lions from the eastern part of the Gir over the past few weeks. They have been kept in separate enclosures,” Gujarat’s chief conservator of forests JA Khan said.

“Tests are being conducted to identify which among them is the man-eater,” Khan said.

He added that the lion or lions responsible for the killing will be kept in a zoo, while the others would be introduced back into their natural habitat.

“These tests include a scat analysis, which is testing their excrement for human tissue, as well as a chemical analysis of their blood,” Khan said.

Lion attacks were rare in Gir and it was the first time that such a large number of lions were caged, according to local media reports.

News website, Scroll in reported that an increasing lion population at Gir forced some prides to settle outside the boundaries of the sanctuary, leading to a man-animal conflict.

The Gir sanctuary set up to protect the Asiatic lions from extinction has seen a steady increase in population, from an all-time low of 20 in 1913 to more than 520 today.