Music Industry Would Miss OJB As He Has Passed Away 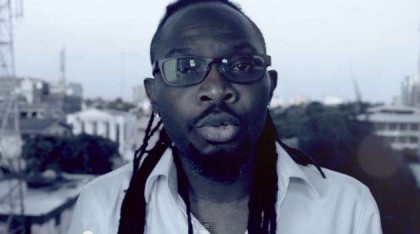 The songwriter behind the success of many hit songs died Tuesday morning after battling kidney disease for a few years.

There they started making and offering hip hop and r&b beats to popular Nigerian artistes at the time.

Jigga, as he is affectionately referred to by his Gbaja street friends had been the creative force behind the numerous hits of a countless number of artistes, from Rugged Man, 2face Idibia, Jazzman Olofin, and Nomoreloss, among many more.

He was a victim of kidney disease in 2013 but had a successful kidney transplant within the same year after his first wife Mabel donated a kidney to him.

With the backlash from social media, some Nigerian artistes assisted the producer for plans to travel for a kidney transplant.

Upon his return, all seemed normal until in the early hours of June, 14 2016, just three years after his transplant, the veteran music producer, Babatunde Okungbowa gave up the ghost.

the music maestro, who was said to have to been doing well reportedly had a relapse two weeks ago and was kept on daily dialysis before his urgent need for oxygen days back. He died in Isolo general hospital in Lagos Tuesday morning.

He was aged 49 and survived by his three wives and 8 children.