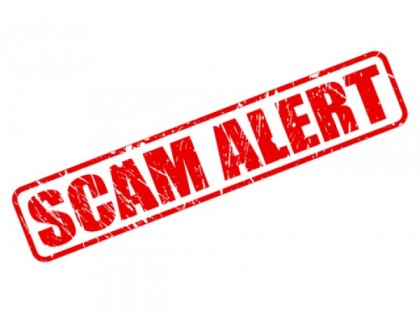 The Economic and Financial Crimes Commission, EFCC, on Wednesday, June 15, 2016 , arraigned one Cletus Emuh (36 years) before Justice F. N. Azinge of the Delta State High Court Asaba, on a 34-count charge bordering on obtaining credit by false pretence, Forgery, and Uttering,  to the tune of N148,000,000. 00 (One Hundered and Forty-Eight Million Naira).

Cletus Emuh, a staff of Fidelity Bank PLC Sapele branch fraudulently created a series of loans for one Adu Ufoma George who does not exist.

The documents he used were scanned from previous original documents of the customer who have benefited from the loan and the passport photograph was scanned onto an existing driver licence.

Cletus created the loan for his own use. He stated that he took the loan in order to off set a loan he got from a friend. This showed that he had defrauded Fidelity Bank through loan scam.

Statement of offence count-1 “Obtaining Credit by False Pretence contrary to Section 419A (1) of the Criminal Code, Cap. 21, Vol.1 Laws of Delta State of Nigeria, 2006.”

The suspect pleaded not guilty to the charges when they were read to him.

In view of his plea, the prosecution counsel, Banjo James, asked the court for a trial date and pleaded that the accused be remanded in prison custody.

He opposed the oral application made by defence counsel, while  urging the court not to grant bail, but rather to grant accelerated hearing.

The defense counsel Lawrence Egodike, however made an oral application. He prayed the court to grant the accused person bail on liberal terms.

Justice Azinge adjourned the matter to June 23, 2016 for hearing and ordered that the accused person be remanded in prison custody.

The accused benefitted the sum of N9, 950,000 property of Fidelity Bank PLC through his fictitious account Obi Tochukwu with Zenith Bank PLC.
He forged his driver’s license and Power Holding Company utility bill to open this account. He shared this money among his brother, sister, friends and aunt.

Particulars of Offence “Nwizu Chukwuma Emmanuel (a.k.a Obi Tochukwu) and Charles Ekekwe (still at large) sometimes in July 2013, at Sapele within the Jurisdiction of this Honourable Court, stole the sum of N9, 950,000.00 (Nine Million Hundred and Fifty Thousand Naira) property of Fidelity Bank Plc”.

In view of his plea, prosecution counsel, Banjo James, asked the court for a trial date. He opposed the oral application made by defence counsel.

Counsel to the accused person, Solomon Uzoigwe orally applied and urged the court to grant his client bail.