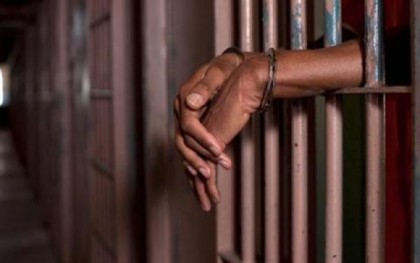 The Economic and Financial Crimes Commission, EFCC, on June 14, 2016 arraigned Usman Umar before Justice Idrisa Kolo of the Federal High Court, Kano, on a two-count charge bordering on obtaining by false pretence.
Umar, who is currently serving a four-year jail term for a separate offence for which he was prosecuted by the EFCC, was arraigned for allegedly defrauding Jibrin Umar. He is expected to finish the jail term on June 30, 2016.
One of the charges against him reads: “That you Usman Salis Umar sometime in 2013 at Kano within the jurisdiction of the Federal High Court, Kano with intent to defraud obtained the sum of N6,000,000.00 (Six Million Naira Only) from Alhaji Jibrin Umar by falsely representing that a property situated at Tsamiyar Boka, Hotoro Kano, is put up for sale and which pretence you knew to be false and thereby committed contrary to Section 1 (1) (a) of the Advance Fee Fraud and Other Fraud Related Offences Act, 2006 and punishable under Section 1(3) of the same Act.”
He pleaded “not guilty” to the charges.
In view of his plea, prosecuting counsel, A. T. Habib, asked the court for a date to commence trial.
Justice Kolo, however, adjourned to June 30, 2016 for “ruling on bail application” after which a date for commencement of trial would be fixed.
Wilson Uwujaren
Head, Media & Publicity, EFCC