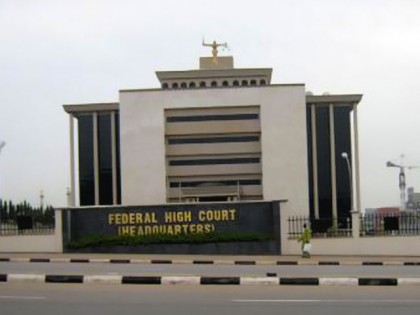 A Federal high court sitting in Ilorin in Kwara State has adjourned the hearing of a case of money laundering by the ex-Kwara State Commissioner Of Information Olatunji Oyeyemi Moronfoye by the Economic and Financial Crimes Commission, EFCC.

In a statement by the Commission’s spokesman, Wilson Ujuwaren, Justice Rita Ajumogobia adjourned to Wednesday, June 22, 2016 the hearing of abuse of office and money laundering preferred against a former  Kwara Information Commissioner, Olatunji Oyeyemi Moronfoye by the Economic and Financial Crimes Commission, EFCC.

Moronfoye was first arraigned on May 13, 2015 alongside Ope Saraki, cousin to Bukola Saraki, Senate President and former governor of Kwara State before the case was separated to allow the accused persons answer separate charges.

Consequently, the duo were re-arraigned on February 9, 2016 before Justice Olufemi O. Oguntoyinbo of the same court following the transfer of Justice Faji, setting the stage for trial to commence.

Instead, Justice oguntoyinbo was also transferred and the accused persons  had to re-enter their plea before current judge, Justice Ajumogobia.

Though, the new service direction on the Administration of Criminal Justice provides for speedy trial of criminal cases, trial in Moronfoye and Saraki case has not started a year after the accused persons were first arraigned.

On the last adjourned date, when trial was to begin on Moronfoye’s case, though the prosecution was in court with the witnesses, the case could not go on as the judge told the court that she had an urgent need to be in Abuja and as a result adjourned to June 15, 2016.

Barely two days to the adjourned date, the court again shifted  the date forward  to June 14, 2016 without giving reason.

The Commission also stated that Moronfoye, while being the Special Adviser to former governor Bukola Saraki allegedly used his position to enrich himself.

Specifically, he allegedly awarded contracts to the tune of over N200million for renovation of Ijagbo Primary Health Centers and Specialist Hospitals within the State to a company in which he has interest and was the sole signatory.

Ope Saraki, on the other hand allegedly abuse his office and laundered State funds for his personal benefit by awarding inflated contracts to companies owned by his cronies.

In one of the transactions involving the purchase of ambulance buses for hospitals in the State, Saraki duped the people of Kwara State by procuring thirteen Hiace buses from a “Local Car Dealer” and converting same to ambulance in place of a factory built ambulance for which a contract of N171, 900,000.00 (one seventy one million, nine hundred thousand naira) was awarded to Chemiroy Nig. Ltd.