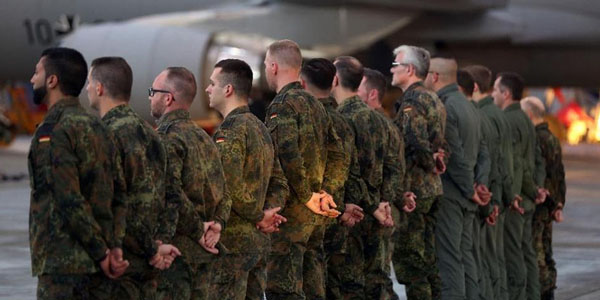 The Syrian Government on Wednesday, claimed that German and French Special Forces were present in the northern part of the war-torn country.

The Syrian Foreign Ministry called the alleged military presence a “flagrant and unjustified aggression” on the country’s sovereignty.
“The effective and legal combat of terrorism requires cooperation with the legitimate Syrian government,’’ it said.

The German Defence Ministry has denied the allegations and said that the reports were incorrect.
Damascus’ allegations followed claims by some media and activists that German and French militaries were based in northern Syrian areas.

Meanwhile, the U.S.-backed Kurdish and Arab alliance, the Democratic Forces of Syria (DFS), has been fighting to retake the strategic town of Minbij, near the Turkish border from Islamic State.

Pro-Damascus broadcaster, al-Mayadeen, based in Lebanon, claimed on Tuesday that dozens of German Special Forces had entered northern Syria and joined French and U.S. troops there.

Meanwhile, the Syrian Observatory for Human Rights, a monitoring group, said that German military advisors and French forces were supporting the DFS in the battle for Minbij.

A Kurdish official in northern Syria, Idriss Nassan, told newsmen that he could confirm the presence of French and U.S. troops, but could not confirm there were Germans.

The DSF started an offensive to seize Minbij on May 31 which has been under Islamic State control since 2014.