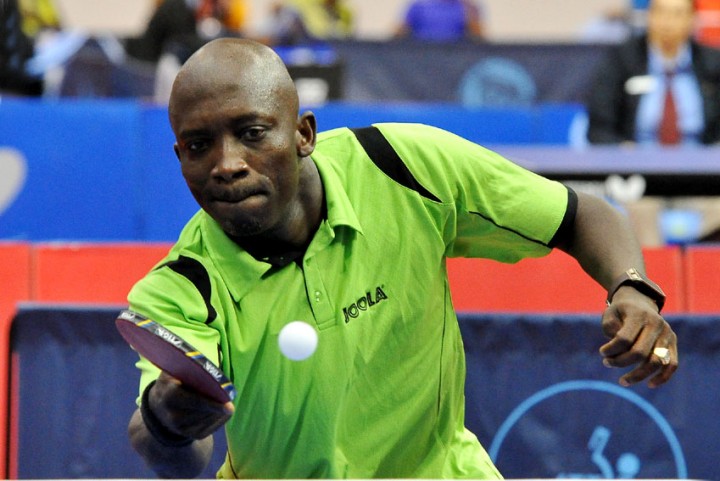 Nigerian iconic table tennis player, Segun Toriola, who is also Africa’s most decorated player of the game has described the preparations for the forthcoming 2016 Rio Olympic Games as the “worst ever’’ in the country’s sports history.

Toriola, 42, will be making history in the 2016 Rio Games as the first African athlete to participate in seven Olympic Games.

In a statement released in Lagos on Wednesday, quoted Toriola as saying that he had never seen such poor preparation since his debut at the 1992 Barcelona Games in Spain.

“I don’t think we have ever had it so bad like this because even at the last Olympics in London, by this time we had started preparation.

“And I don’t think any athlete can do much in Brazil,’’ he said.

He said Nigerians should not expect much from the athletes because most of the their counterparts are already rounding up their preparations.

According to the statement, qualifying for the Olympics is not on a platter of gold as you have to compete to qualify to make it to the Olympics.

“We have to know that it is the biggest stage for every athlete’s career and all those that have been winning Olympic medals had quality preparation.

“I think our athletes should be given enough support,’’ it quoted the former African champion as saying.

The statement said that Toriola after nine years of playing professionally in the French table tennis league with Argentan Club, will after the Rio Olympics move to Belgium.

The renowned Nigeria tennis player, who played his last game for Argentan on May 3, was honoured at a reception at the weekend by officials of the club in France.

It will be recalled that before Argentan dropped to the second division two years ago, the club played in the Premiership and was captained by Toriola.

The club, however, said: “At 42, the sporting star bows out and has confirmed that he will continue to live in Argentan, where he built his everyday life’’.

It added that an excited Toriola said he would remain grateful to the management of the club while he would continue to train with them and play professionally in Belgium.