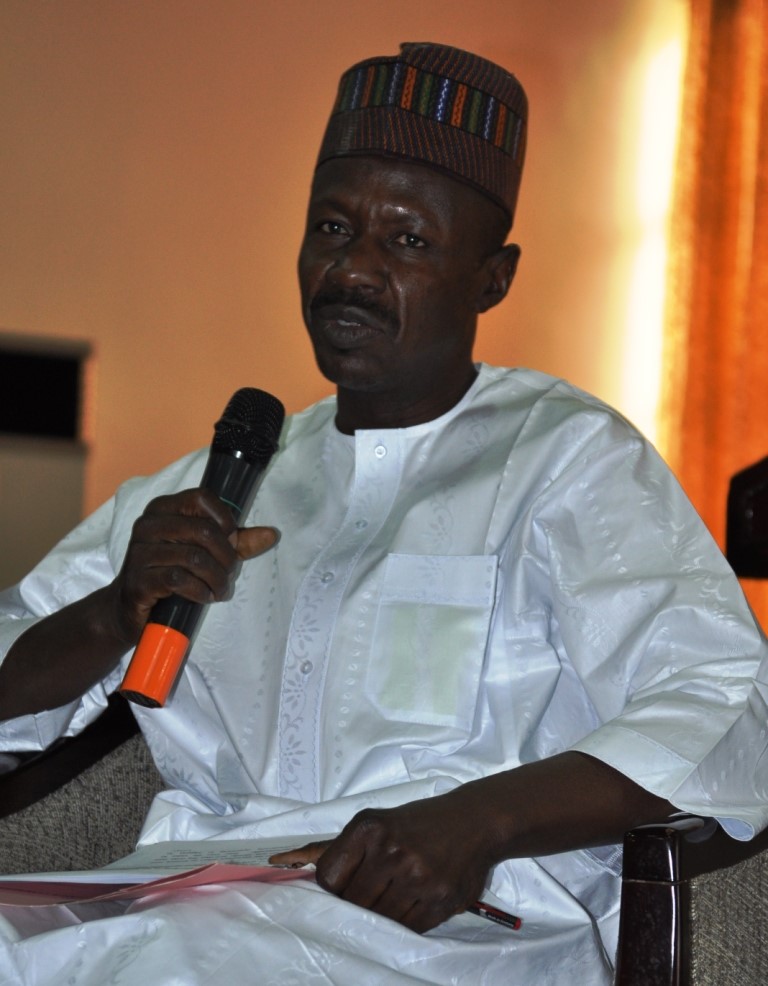 The acting Chairman, Economic and Financial Crimes Commission, EFCC, Ibrahim Magu, has charged professional bodies in the country to join hands with the Commission in the fight against corruption and economic crimes.

Speaking at a workshop on the “Role of Professionals in the Fight Against Corruption” at the Rockview Hotel, Abuja on Friday, June 17, 2016, he said: “Instead of conniving with people to launder the proceeds of corruption, I beg you to join hands with the EFCC to fight corruption”.

“Many professionals celebrate criminality by doing a lot to foster corruption, which adds more to money laundering. I don’t intend to criticize the work of professionals, but to solicit their support in order to make Nigeria better for the younger generation.’’

He also charged Bureaux de Change and financial institutions to desist from being used as conduit pipes to launder money.

According to him,” BDCs move billions of naira in a day and there is no proper documentation of money laundered. I appeal to the BDCs to stop that, as we will begin to prosecute Bureau de Change operators to serve as deterrent. Bankers are also involved in corrupt acts, as they don’t carry out due diligence.’’

The anti-graft Czar, who further stated that the Commission would soon be going after accounting firms that collaborate with bankers to steal government funds, added that ‘‘People are now scared of keeping monies in banks, as it can be traced easily. Monies are now kept in abandoned houses in the country.’’