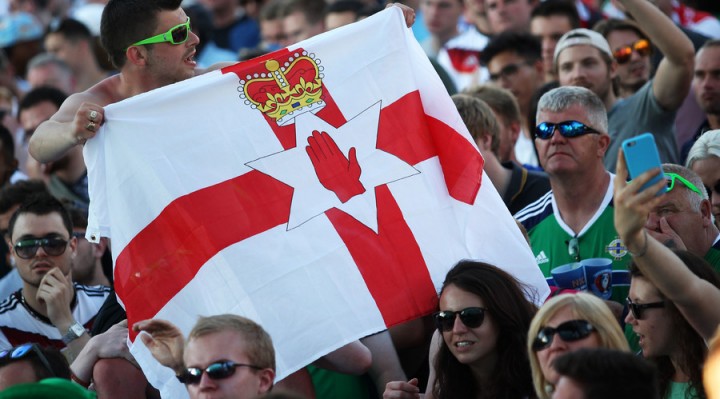 Robert Rainey, known as Archie, is understood to have suffered a heart attack in one of the stands of the Stade de Lyon in France at about 18:00 local time.

Medics tried to resuscitate the 62-year-old Belfast man inside the stadium but he was later pronounced dead.

According to Independent.ie, the family the Northern Ireland supporter who died at the Stade de Lyon as he watched the team beat Ukraine at the Euro 2016 tournament in France has said he was “doing what he loved best” at the time.

In a statement released through the PSNI, the family said: “Our father Robert Rainey, known to everyone as Archie, has sadly passed away whilst in France supporting Northern Ireland at the Euros surrounded by all his friends and family.

“We are obviously devastated at this loss, and thankful for everyone’s thoughts and prayers, we would appreciate privacy at this sensitive time.

Mr Rainey is the second Northern Ireland fan to die in France this week.

Northern Ireland won the match 2-0, but Irish FA boss, Patrick Nelson said: “This puts any result of a football match into perspective.

The thoughts of the board, management, players and staff are with his family and friends at this sad time.”

This is a sad outcome to what was a historic day for Northern Irish football following their victory over Ukraine,” FAI CEO John Delaney said.

“On behalf of everyone in the FAI and the Republic of Ireland squad, I would like to express our sadness and condolences to IFA President, Jim Shaw, CEO Patrick Nelson and all who are associated with the Northern Ireland squad.

“We also remember the friends and family of another Northern Ireland fan Darren Rodgers who died earlier this week in a tragic accident in Nice, and we would also like to remember Republic of Ireland supporter James Nolan, who died four years ago in Poland, during EURO 2012.”