Czech Republic  to face Croatia and defending champions Spain will clash with Turkey. 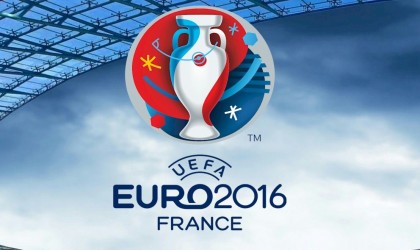 Italy are through to the last 16 of the European Championship finals after Eder struck late on to beat Sweden. Sweden failed to produce a shot on goal for the second successive game, with captain and star striker Zlatan Ibrahimovic kept quiet throughout. Eder scored another late, late goal to send Italy through to the knockout stages after only two games and confirm Antonio Conte’s team as one of the favourites to win Euro 2016. Italy are top of Group E with six points while Sweden are third on one. It was heartbreak for Sweden, whose future is hanging by a thread with only one point from two games, and Zlatan Ibrahmovic missed a chance to become the first man to score in four successive tournaments.

UEFA EURO 2016 Group D stages the first competitive meeting between the Czech Republic and Croatia. Croatia have had the better of their two friendly encounters. The nations drew 1-1 in Casablanca in December 1996, Croatia winning 4-1 on penalties to lift the King Hassan II Cup. The Czech Republic are competing at their sixth successive EURO, having reached every final tournament since Czechoslovakia split in 1993. They won the competition as part of Czechoslovakia in 1976 and reached the final in their first appearance as the Czech Republic in 1996, losing to Germany. This is Croatia’s fifth EURO final tournament – they have missed out only once since independence, at UEFA EURO 2000, and this is their fourth successive finals. They have twice reached the last eight and twice bowed out at the group stage.

Spain Vs Turkey
Venue: Stade de Nice, Nice
Spain will look to maintain a 52-year unbeaten run against Turkey as the sides meet for the first time at a major tournament in UEFA EURO 2016 Group D.Spain’s ten meetings with Turkey have ended W5 D4 L1. The countries were drawn together in 2010 FIFA World Cup qualifying. Vicente del Bosque’s Spain won both games against Fatih Terim’s Turkey. Turkey qualified for the 1954 World Cup in Switzerland by the drawing of lots after their play-off tie against Spain in Rome ended 2-2. This is Spain’s sixth consecutive EURO. They are bidding to triumph for the third time in succession, having become the first side to win two in a row at UEFA EURO 2012. Turkey reached the quarter-finals of UEFA EURO 2000 and the last four of UEFA EURO 2008 but missed out on the 2004 and 2012 tournaments. Thus, they have advanced to the knockout phase in their last two appearances.