#COSAFA Cup: Bostwana, South Africa, Two Others To Battle Into The Finals 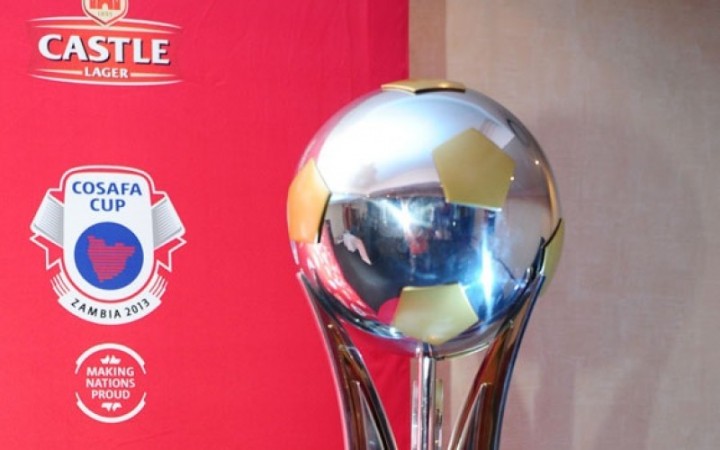 Botswana booked their place in the COSAFA Castle Cup semifinals after defeating hosts Namibia 5-4 on penalties at a packed Sam Nujoma Stadium on Saturday.

The teams had played to a 1-1 draw but after winger Deon Hotto, the hero for Namibia when they won the title in South Africa 12 months ago, missed his spot-kick Botswana earned a place in the Last 4.

Botswana took the lead five minutes after halftime as Onkabetse Makgantai’s header was cleared off the line, but the clearance smashed off the crossbar and against Free State Stars defender Dacosta Angula, before trickling into the net.

Midfielder Hendrik Somaeb kept his cool and converted from the spot.

Namibia had numerous chances to win the game after that, but the ball would not go in and they had to settle for the lottery of the shoot-out.

South Africa edged their quarterfinal against Lesotho after the teams were deadlocked at 1-1. Goalkeeper Reyaad Pieterse saved two penalties in the shoot-out to take his side to a 4-2 victory and book a semifinal place with either Swaziland on Wednesday.

Guest nation DR Congo and Swaziland booked their places in the 2016 COSAFA Castle Cup semifinals with victories at the Sam Nujoma Stadium in Windhoek, Namibia on Sunday.

DR Congo defeated Mozambique 1-0 to set up a semifinal meeting with Botswana, while Swaziland triumphed on penalties over Zambia to book a date with South Africa in the next round.

Both of those semifinal matches will be played at the Sam Nujoma Stadium on Wednesday.