Update #Euro2016: Match Day Three; Russia Or Wales, Who’s In And Who’s Out 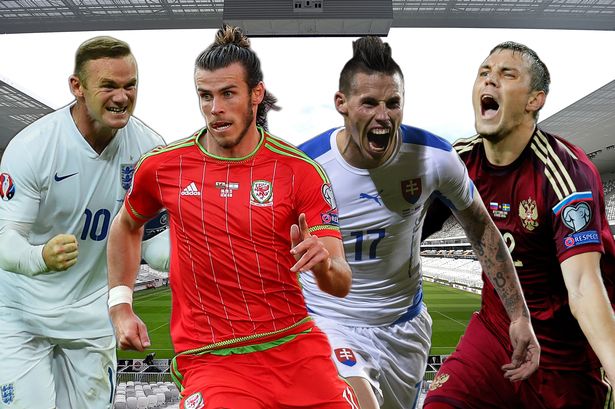 Wales defender Ashley Williams is desperate to bounce back in his side’s final Group B game against Russia after their defeat at the hands of England on matchday two.

Russia and Wales will each hope to end their UEFA EURO 2016 Group B campaign on a winning note when they meet in Toulouse in the final round of matches – although it is the Russians who have held the upper hand in the fixture over the years. This is Russia’s fourth successive EURO final tournament and fifth in six as an independent nation. They have featured in seven of the last eight EUROs, including this edition, appearing as the Soviet Union in 1988 and the Commonwealth of Independent States four years later, before their debut as Russia in 1996. Wales have never before reached a UEFA European Championship final tournament. Their previous best performance came in 1976, when they lost to Yugoslavia 3-1 on aggregate in the quarter-finals, losing the first leg 2-0

England have won all three of their previous meetings with Slovakia so the omens are positive for Roy Hodgson’s side as they look to finish their UEFA EURO 2016 Group B campaign with a victory in Saint-Etienne. While Slovakia have never before competed in a UEFA European Championship final tournament as an independent nation, as part of Czechoslovakia they appeared in three four-team finals. Czechoslovakia finished third in 1960 and 1980 and lifted the trophy in 1976. Eight of the 11 players who started the final against West Germany – and triumphed on penalties after a 2-2 draw – hailed from Slovakia. England had not lost over 90 or 120 minutes in 22 EURO fixtures, going back to a 3-2 defeat by Croatia in 2007 that ended their hopes of reaching UEFA EURO 2008.