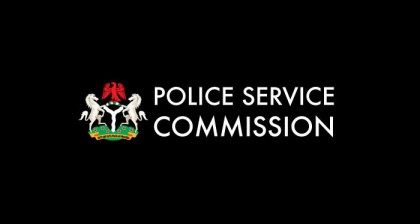 The Police Service Commission, Monday approved the promotion of 4’542 senior Police officers to their next rank between May and June 2016.
A statement signed by  Ikechukwu Ani, head of public relations said, “Out of this number, the Commission approved special promotion for 16 Officers based on exceptional performance and dedication to duty on the recommendation of the Inspector General of Police.
Two Officers were promoted on act of gallantry while 188 others were placed on acting appointment on their next rank.
Break down of the promotion are as follows:
The Chairman of the PSC, who is a retired Inspector General of Police, Sir Mike Mbama Okiro, wished the affected the best in their new ranks and urged them to reciprocate the Commission’s good gesture by rededicating themselves to the service of the nation.