Police To Review The Deployment Of Special Unit Officers 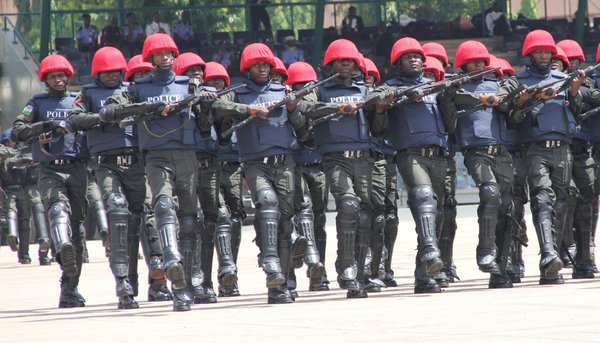 The Acting Inspector-General of Police(IGP), Mr Ibrahim Idris, on Wednesday said that the force would review the deployment of special units’ personnel to individuals and private companies.

Idris disclosed this at the handing over ceremony between him and the former IGP, Mr Solomon Arase, in Abuja.

” Henceforth, deployment of special units’ personnel to businessmen and private companies must be critically reviewed,” he said.

He said that the units were established to tackle serious security challenges in the country such as riot and terrorism.

Idris said the deployment of the personnel would be focused on the locations where there were challenges.

He said that under his leadership, the police would operate within the principles of democratic policing.

“Henceforth, the Nigeria Police Force will be guided by the international core values of policing with integrity, ensuring that the rule of law prevails,” he said.
Idris said that the police would also ensure that integrity and accountability were its cardinal operational principle.

He warned that it would be an offence for any commander at any command to treat complaints with levity.

“This is in line with one of the principles of democratic policing which states that a democratic police institution must be responsive to the yearnings of the community,” he said.

He also said that the Police X-Squad Unit would be strengthened to tackle corruption in line with the present administration’s policy.

“The personnel deployed to this anti-corruption unit will be supported with incentives to make them more effective in the discharge of their duties,” he said.

Earlier, Arase said that he was fulfilled that an experienced officer of the calibre of Idris was appointed by President Muhammadu Buhari.

He urged officers and men of the force to extend the same support and cooperation given him to the new leadership of the police.

Arase enjoined members of the media to extend similar gesture to his successor.

He thanked Buhari for the trust he had in him and promised to be loyal to him even in retirement.

The News Agency of Nigeria (NAN) reports that Idris is the 19th indigenous IGP.