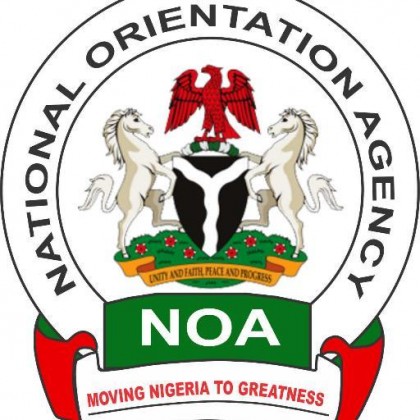 The National Orientation Agency (NOA) has decried the high rate of human capital flight and deportation of Nigerians from other countries, urging Nigerians to be more patriotic by staying back home to build the country of our dreams through collective efforts.
This was made known in a press release issued to the Media by the agency’s Deputy Director, Press Mr. Fidel Agu in Abuja.
He said that the Director General of NOA, Garba Abari made the call in Abuja saying that the trend of Nigerians migrating to other countries in search of elusive greener pastures had assumed a worrisome dimension with 431 and 391 Nigerians repatriated from other countries in March and April, 2016 respectively, citing reports from the Office of the National Security Adviser (ONSA) and the Intelligence Community.
Agu said that the DG said the reports anticipate that the number of Nigerian deportees from foreign countries will increase if Britain exits the European Union or if Donald Trump wins the United States of America Presidential election.
“In his words, “The government is deeply concerned by an upsurge in the numbers of Nigerians being deported from other countries. These deportees left the country in search of greener pastures which continue to elude many of them.
“Meanwhile, those countries Nigerians run to were developed by their citizens. Nigerians should cultivate faith in their own country and stay back to build it rather than exposing themselves to untold hardship and embarrassments trying to migrate to other countries.
“Nigerians are therefore urged to prove the genuiness of our patriotism and quality of our resilience as a people to keep faith and work together to build a better country than the one our founding fathers bequeathed us.” He said.
He added that the current difficulty experienced by Nigerians is only a passing phase.
“The measures taken by the present administration in some areas may be painful but they are for the long term interest of the nation”, he explained.
He said the government was working assiduously to deliver the change it promised, while the Agency will continue to enlighten and mobilize Nigerians to imbibe the virtues of the nation’s core values for the development of the country.