#Brexit: what does it mean? A Worried Citizen’s Verdict 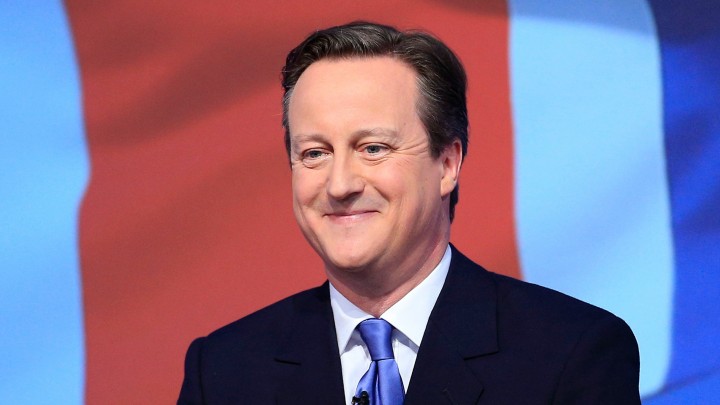 Author -Trait: A lot of people have no clue why Europe is currently in a state of uproar and the only word people seem to be saying is “Brexit” so here’s a not-so-quick and easy-breezy explanation on the past 24 hours of CHAOS that has ensued:

The European Union (EU): an organisation of European countries that follows similar laws, allows for freedom of movement/labour, easy travelling (@people who planned on doing Eurotrips, not sure if you can count the UK in that anymore!) and trade with each other. The EU is important because before it was formed, the European continent was ravaged by 2 world wars, and a division because of the Cold War. This organisation has provided all the stability we’ve seen in the past 40-odd years.

So what the heck is a “Brexit”? Basically, the UK has just voted to leave the EU. 52/48 majority. Now this doesn’t seem like a TERRIBLE thing, but there are some serious political and economic consequences. 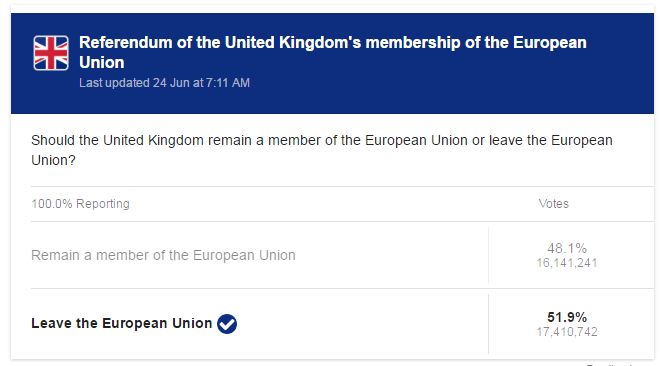 – The British pound crashed from 1.5 to 1.3 in 6 hours, the lowest value in 30 years, which in turn affected the US dollar which affects all other global currencies. I wish I was joking but I’m not: South Africa, Poland, Norway, Mexico. Hungary, Australia, Switzerland all saw their currencies plummet. Countries that don’t rely on exports as their means of production cannot have a devalued currency. IT’s not good. The Japanese Yen which has been strengthening reached an all-time high which is terrible because Japan is trying to reverse its deflationary state. The Bank of Japan is now out of options and Japan literally STOPPED TRADING IN BRITISH STOCKS/INVESTMENTS.

– A devalued GBP means that the Bank of England is going to have to hike interest rates to prevent inflation (domestic prices going up even further) whicH WILL CAUSE A RECESSION. SOUND FAMILIAR ANYONE? YEAH. FINANCIAL CRISES.

– The UK leaving the EU means its market has gone down a LOT in size making them a less attractive destination for trade partners/investors. They’re going to have to draw up new trade agreements with basically the whole world since all their trade was previously tied to the EU. This will be tricky because countries liked having a market with a population of ~500 million compared to the UK’s size of ~50 million.

The thing is, given the precarious nature of the economy right now with markets out of control and stagnant growth practically everywhere, it was a really really bad time to have this referendum – a lot of countries have been banking on a “Bremain” before making their next move when it comes to monetary/fiscal policy. The IMF has predicted that 2016/2017 will see the worst years for growth, but we might see upward growth trends from 2018 onwards.

So how does it still get worse?

– Scotland showed an overwhelming majority of votes to remain in the EU. It’s likely that they’re going to call for a referendum (again) to leave the UK.

– Northern Ireland also wanted to stay in the EU.

– Wales voted Leave but with a slim majority.

– David Cameron has just announced that he will be resigning in 3 months which means that extreme conservatives who managed to sway the vote in favour of Leave could come to power. That’s right. We’ll be stuck to suffer with the likes of Farage and Johnson.

– Brexit triggered a lot of nationalist/extreme right-wing movements in the rest of Europe. Some leaders already calling for “Frexit” (France), “Itexit” (Italy) and..”Nexit” (Netherlands)? We may see more in the next few days.. A disintegration of Europe is risky business because Europe has not been able to remain stable until the EU was formed. This could give way for an assertive Russia too, who is, as most countries would be, looking to gain more power over weak/vulnerable European states. This will trigger US skepticism and we all know how that goes.

SO HOW DID THE GOVERNMENT LET THIS HAPPEN?

Basically David Cameron came up with the idea for the referendum because he was desperate to gain support from anti-EU parties like UKIP during the general elections last year. Except now he’s resigning. So.

During the campaign, Michael Gove, Boris Johnson (conservatives) and Nigel Farage (UKIP) stressed on immigration laws if the UK leaves the EU because immigration/refugees have been a big problem for the UK as its reducing jobs being given to UK locals/residents and they think the UK is becoming “overcrowded” so the Leave campaign was like WE WILL TIGHTEN OUR BORDERS! YEAH! Except now they’ve displaced millions of UK citizens living/working in the rest of the EU. Let’s see how they figure that one out.

Additionally, they talked about the economic benefits because if the UK were to leave, they would be able to allot the money that goes to the EU to other things like the NHS (national healthcare) etc. The Leave campaign went on about how the UK spends 350 million pounds a week on the EU but actually it spends less than half of that, so really, their campaign was built on scaremongering and lies. EDIT: Farage has announced the 350mil will NOT be spent on the NHS.

EDIT: People have mentioned the fact that unstable EU economies were relying on capital inflow the “Big 3″ (UK, France, Germany). This is true and this was being used as an argument – however, leaving is a Pyrrhic Victory! the UK will most likely have to spend MORE rebuilding its independent economy. However, once markets stabilise, we will see.

Article 50, aka the means of exiting will be triggered in 3 months when the new Prime Minister is announced (most likely one of the extreme conservatives who are riding high on their “Independence Day” quackery which is even more proof of xenophobic, colonialist bullshit) after which the UK will have 2 years to complete its official withdrawal so hopefully that will provide short-term stability.