Lailatul Qadr: The Night of Power, Signs and It’s Significance 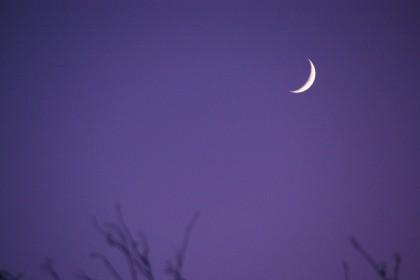 Collections: On the 27th of Ramadan, the Holy Quran was sent down from Loh-E-Mahfooz (the Preserved Tablet) to the earth. Messenger of ALLAH (Blessings of Allah and peace be on him) told us to search for Shab-e-Qadr in the odd numbered nights, in the last ten days of Ramadan. So, the 21st, 23rd, 25th, 27th or 29th night of Ramadan could be Lailatul-Qadr.

It’s further mentioned in Sahih Muslim, Vol No. 2, in the Book of Fasting, Hadith No. 2635, that the Prophet said that, “On the night of Lailatul Qadr, the moon will appear like a plate towards the fag end of the month.”

It has been authentically narrated upon the authority of Jaabir ibn Abdullah (RA) who said: the Messenger (SAW) said: “Indeed I was shown Lailatul Qadr then I was made to forget it. It is in the last ten nights of (Ramadan) and it is a bright night, neither hot or cold.. in the version of Az Zayaadee it mentions concerning the brightness of the night: “..as though there is in it the type of moon that overpowers the stars (in brightness)..” then in both versions the messenger said: “Devils on that night will not be able to come out until fajr…”

When Ubay ibn Ka’b was asked on another occasion ‘what are its signs’ he responded by saying “its signs are the signs that the messengers (SAW) informed us of. That the sun will rise the following morning having no rays”

Upon the Authority of Aisha (Radhiyallahu ‘anhaa) who said: “I asked:” Oh messenger of Allah! If i am granted success in ascertaining Lailatu Qadr what should i supplicate? So He (SAW) said: “You should say: “Oh Allah! Indeed you the one who pardons, you love to pardon, so pardon me” (Allahumma inaka ‘afoowun tuhibul afwa fa’fu ‘anee)