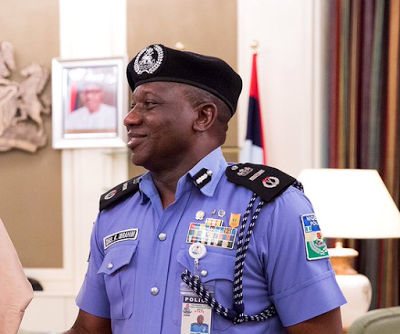 The new Inspector-General of Police, Mr Ibrahim Idris, on Monday, said arrangement was underway to strengthen the Special Anti-Robbery Squad (SARS) in all police commands.

Idris made this disclosure during a question and answer session at a news conference in which senior police officers were in attendance in Abuja.

The IGP said the move was to check incidences of kidnapping and other security challenges in the country.
.
“In order to address these ugly challenges, the SARS in the commands will be restructured, re-organised and made more robust,“ he said.

He said cases of kidnapping in the country, especially along the Okene-Lokoja -Kabba road was worrisome and required attention.

The police chief noted that violent criminality was gradually taking over the country’s streets and communities.

He said that the Police Mobile Force (PMF) and the Counter Terrorism Unit (CTU) would be restructured to play more active role in the stability of the country.

“The time has come for the Nigeria Police to play more active role in the unity and stability of this great country.

“This plan can only be achieved through the re-organisation and restructuring of the special police units of PMF and CTU,“he said.

He said that the police under him would vigorously pursue these projects to make them more professional and organised.

Idris said that all PMF and CTU personnel attached to individuals would be withdrawn with immediate effect.

“I am going to withdraw them from individuals, they are not body guards,“he said.

He explained that they were specifically trained to respond to emergency situations.

On road blocks, he advised the state command commissioners against reintroducing roadblock in their commands.

“I want to state that the ban on roadblock is still on and anyone involved would be checked.

“We will set up x-squads to check the trend in suspected areas,“he said.

They CPs are Nwankwo Emeka, Modupe Sowemimo and Dr Emmanuel Ezama while the DCP is Garba Umar. (NAN)