Falz, A Conqueror At The 2016 BET Awards 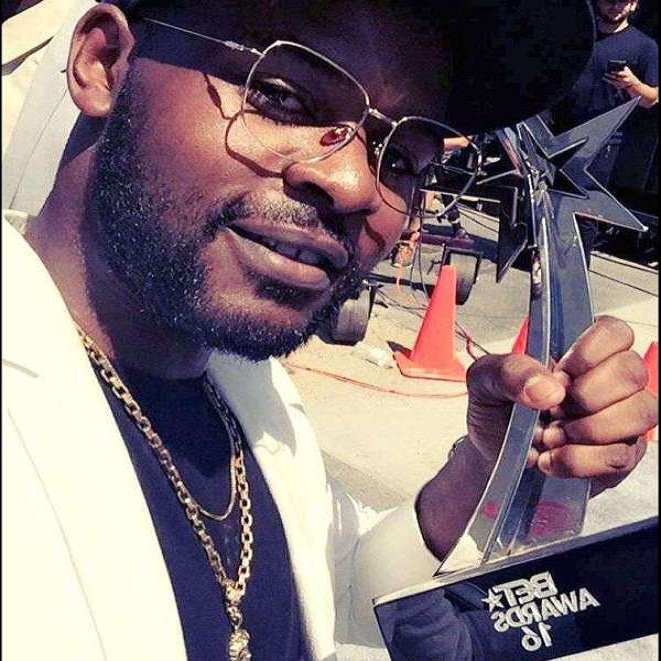 Guess who is on a conquering spree; a success in law, a paid comedian, fast rising in the movie industry and now making bold statements in music.

He is arguably one of Nigeria’s fastest growing artiste whose musical act gained international recognition at the 2016 BET Awards in Los Angeles.

Staged in the USA, the Black Entertainment Television Awards 2016 came with its usual expectation.

From the captivating performances to the surprises of the night, it was indeed a celebration of skill, talent and promise.

For Nigeria, the moment of glory was felt when Rapper, Folarin Falana a.k.a Falz the Bahd Guy won the award for viewers Choice Best International Act .

The social media sensation is a Nigerian Rapper and son to legal luminary and human right activist, Femi Falana.

With a degree in law, Falz ditched his legal practice for a career in music.

A rare passion he has always nurtured from his secondary days.

Falz shot into limelight after his song titled “Marry Me” featuring vocals from Poe and Yemi Alade won him a nomination in the “Best Collaboration of the Year” category at the 2015 Nigeria Entertainment Awards.

With his style of music best described as a fusion of comic lyrics with the contemporary hip hop in a faux Yoruba accent, Falz was ranked number 9 on a list of the most gifted rappers in Nigeria in 2014.

Lawyer, comedian, actor and rap artiste, his decision to boycott the courtroom and follow his dream keeps yielding results.

Just weeks back, he won the best actor award for a lead role in comedy at the AMVCA’s.

With his switching accents and infusing punchlines in delivering his thoughts , Falz has been able to get people to listen .

For an artiste without an album to his credit, the BET award  is nothing short of impressive.

For critics and enthusiasts, perhaps it is a sign that the lawyer turned entertainer is on a mission for greatness.