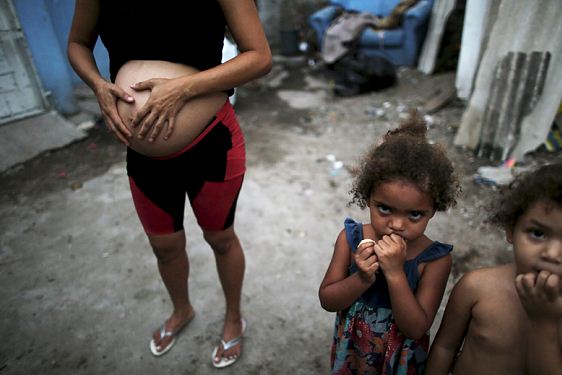 The mysterious Zika virus has been detected in 61 countries, the majority in Latin America and more pregnant women are considering abortions out of fear of birth defects in their babies.

The Zika virus may be driving a surge in interest in abortions in Latin America, according to a new study published by the New England Journal of Medicine.

According to the study, requests for abortion services in the region through one non-profit provider have jumped more than a third, with increases of close to double in hard-hit Brazil and Venezuela.

Abortion is illegal or severely restricted in most of Latin America, and so there are no official data on abortion rates.

Researchers instead examined data from the organisation Women on Web, which offers access to pharmaceutical abortions for women in countries where abortion is not available.

A comparison of abortion service requests through Women on Web before and after the first public warnings about Zika six months ago showed increases of at least 36 per cent in all 19 countries surveyed.

The data help to illustrate how much Zika is worrying pregnant women in the region, said Abigail Aiken of the University of Texas at Austin, one of the study’s authors.

One factor driving the surge may have been government warnings urging women in Zika-affected areas to wait to become pregnant – warnings that may have alarmed women who already were.

For women whose children were born with the virus, the uncertainty can be devastating.

At a children’s hospital in the Venezuelan city of Valencia, Sodelis Balboa, 31, cried as she waited for news of her infant daughter.

“My baby has Zika and now the doctors say there were complications,” she told dpa. “No one can tell me what is going on.

The doctors just put me off.”

Treatment is a “disaster,” she said, amid an economic crisis in Venezuela that has led to a shortage of food and medicine.

Part of the problem is that close to five months after WHO declared Zika an emergency, much about the mosquito-borne virus remains unknown.

Doctors now know for sure that the Zika virus can cause severe skull deformations in human embryos. The deformations, known as microcephaly, result in babies born with abnormally small heads and severe disabilities.

But it is unclear why only a fraction of Zika infections in pregnant women result in microcephaly. Additionally, in Brazil there have been more than 1,400 confirmed cases of microcephaly since the outbreak began, but Zika was confirmed in only about one in seven.

In July, the U.S. and Brazil will begin a wide-ranging study of 10,000 pregnant women in countries with a prevalence of Zika, 4,000 of them in Brazil.

Tests for a Zika vaccine will begin on monkeys and mice in November, and scientists hope to have a single-dose vaccine for humans by 2018.

With 1.5 million estimated infections, Brazil is the country hardest-hit by Zika, but abortion is illegal there except in cases of rape or severe risk to the mother’s health.

The crisis has sparked a public debate about a kind of “Lex Zika”, whereby pregnant women with the money to pay private clinics for abortion services get them, and poor women do not.

But the Catholic-dominated country of 200 million remains starkly divided on the issue.

A survey of more than 2,700 people by the Datafolha Institute found a strong majority 58 per cent, against allowing abortions for pregnant women infected with Zika